You Have to Earn Credibility Twice

What is the purpose of living an earned life?

One answer I admire comes from Peter Drucker, who said, “Our mission in life is to make a positive difference, not to prove how smart or right we are.”

We alone define how we make a positive difference.

Some people do it on a grand scale of sacrifice and ambition: doctors saving lives, activists righting wrongs, philanthropists reshaping society. Others do it with humble, small-scale gestures: going out of our way to comfort a friend in pain, coaching Little League, introducing two people who end up falling in love, being the parent our children need. In between these extremes, there are the myriad commonplace good deeds that create a legacy of thoughtfulness and kindness.

When I have asked successful people to characterize the fulfillment they get from pursuing an earned life, the number one answer by far is some variation of “helping people.”

I regard these responses as confirmation yet again (if any more were needed) of Peter Drucker’s piercing but generous insight about us. In stating that, “Our mission in life is to make a positive difference,” he wasn’t exhorting us to do the right thing; he was describing what is already there, what we already know about ourselves. We most fully earn our life when we are of service to others.

Even some of the more eccentric answers I got when I asked successful people to characterize the fulfillment from pursuing an earned life have a tint of making a positive difference: “providing for my family” and “raising my kids to be healthy productive citizens,” more so perhaps than “building a business” or “making enough money to retire at fifty.” But if you dig deeper to understand any individual’s source of fulfillment, I suspect you’ll see that making a positive difference is usually a part of it.

My client Harry Kraemer, for example, was 50 years old in 2005 when he retired as CEO of Baxter Pharmaceuticals in Chicago. He didn’t need or want another CEO job. Instead, he became one of the most popular professors at Northwestern’s Kellogg School of Business, making an impact on hundreds of students. In doing this, he believed that he matched his previous good work producing life-saving medicines at Baxter.

To understand the kind of positive impact you want to make in your life, you need to come to terms with two deeply personal qualities.

The first is credibility, the other is empathy. You need both to make a positive difference.

Let’s explore the importance of credibility.

Credibility is a reputational quality you earn over time when people trust you and believe what you say.

Earning credibility is a two-step process.

The first step is establishing your competence in something that other people value — and doing it well on a consistent basis. This is how you gain other people’s trust. They know you will deliver what you promise.

The second step is gaining other people’s recognition and approval for your particular competence. 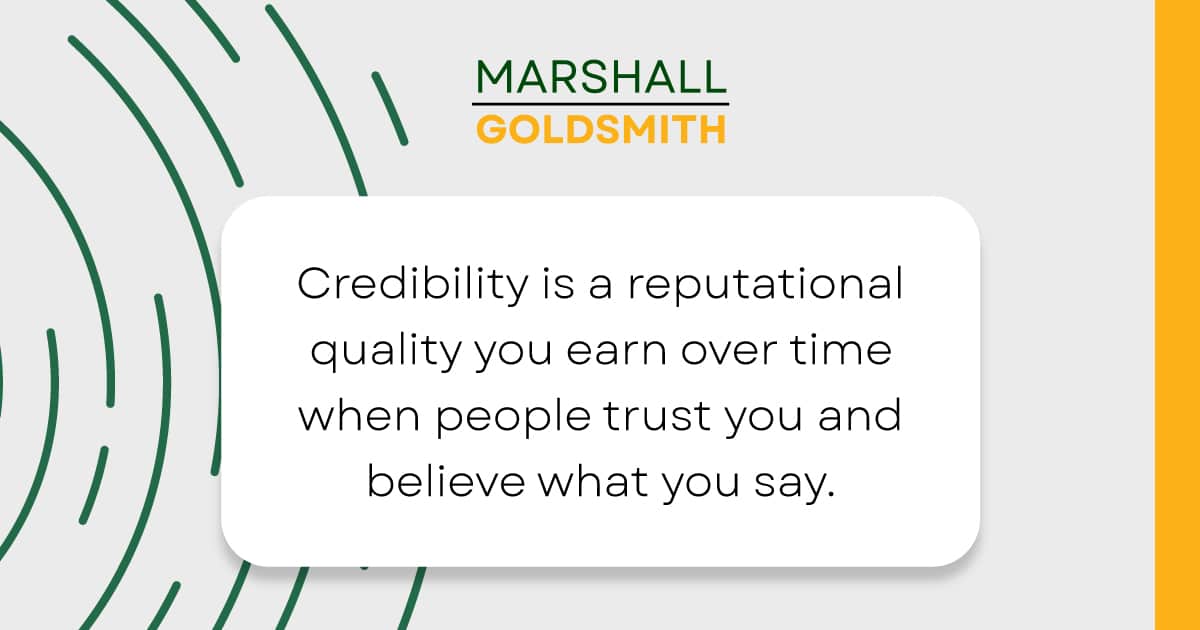 You need both trust and approval to credibly credit yourself with credibility.

For example, if you are a saleswoman who tops her quota month after month, people eventually take notice. Continue your unblemished streak for a year or two, and you acquire credibility.

Consistent competency creates credibility. Credibility creates influence. It is the earned authority that helps us persuade people to do right, which in turn increases our ability to make a positive difference.

The path from competence to making a positive difference is fairly direct. Assuming a person’s goodwill, competence combined with recognition for it leads to credibility, which leads to influence, which leads to making a positive difference. It’s certainly true with my hero-mentors, such as Paul Hersey, Frances Hesselbein, and Peter Drucker. They had years of steady accomplishment to make their mark and be admired (aka approved) for it, long before I appeared in their lives.

Their obvious hyper-competency was the source of their profound influence on me and why my desire to be associated with them was a no-brainer. But that was just the opening move. The positive difference they made in my life was so great that I soon realized I wanted to be like them, especially if the kind of credibility they had earned could be mine as well. I can’t think of a more profound or gratifying form of approval than achieving an earned life that other people—your children, students, colleagues, acolytes, readers—want to earn too.

I committed to this goal more than 25 years ago. I already knew that credibility was critical to succeeding at being an executive coach, particularly if I was narrowing my client base to people at the top of the corporate ladder. At the highest levels, clients need to know not only that you’re competent, but that people the clients respect approve of you.

That’s the first time I realized that credibility has to be earned twice—initially when I reached a high level of competency, then a second time while I waited for people to notice my growing ability and accord me the recognition that leads to credibility.

Many years later, on one of our LPR calls in 2020, Safi Bahcall, a polymathic physicist, entrepreneur, and author of “Loonshots,” offered a revelation that perfectly described my challenge with earning credibility.

Safi was struggling to accurately score each week on the LPR call his effort on achieving happiness, until he realized why measuring happiness confused him so much. He was associating achievement with happiness. That is, achieving a goal should make him happy, and conversely, being happy should improve his ability to achieve a goal. But, in fact, they are independent variables on the road to having a good life and making a positive difference. They may be correlated, but not necessarily so.

Earning happiness is a pursuit in itself, independent from earning any achievement. 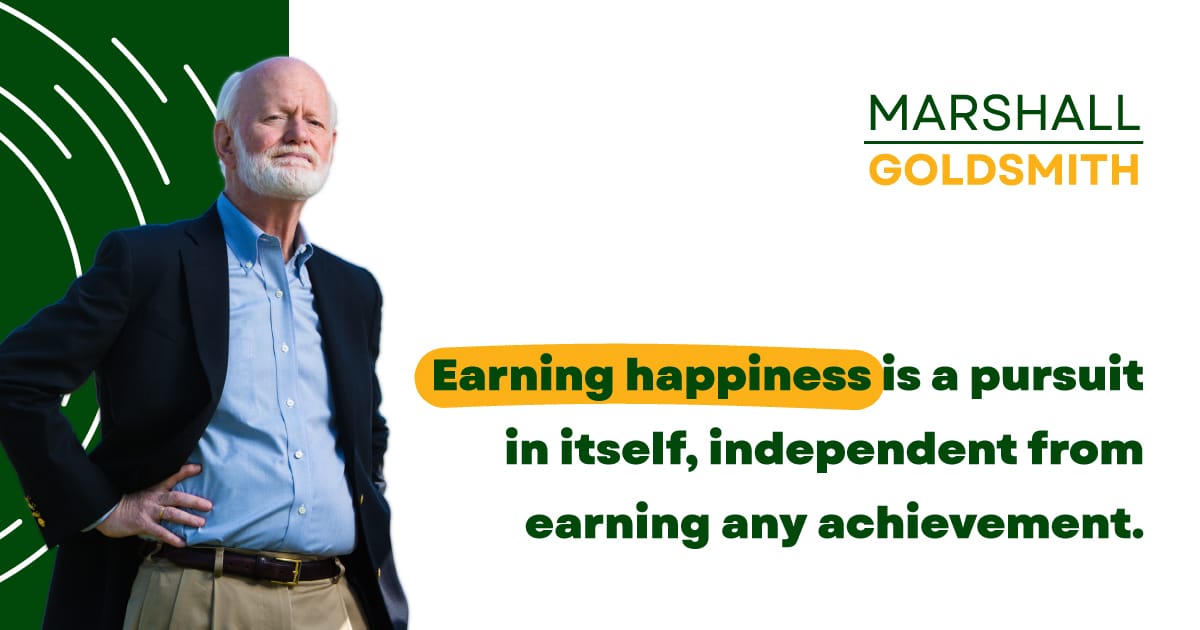