In the movie Wall Street, Michael Douglas won an Oscar for his portrayal of the rude, larcenous wheeler-dealer Gordon Gekko. Well, I worked with a real-life investment banker could have inspired the Gekko character.

As an executive coach, I work with supremely successful people who need to change some behaviors. The man I coached–let’s call him Mike–wasn’t amoral and unethical like Gekko, but he had some competitive fires that made him treat people poorly. Mike’s score for treating colleagues with respect was dismal; in fact, out of 1,000 managers rated, he was dead last! But Mike put up astounding numbers with his trades. His profit contribution was so vast that the CEO promoted him into management. This should have been the apex of Mike’s young career. 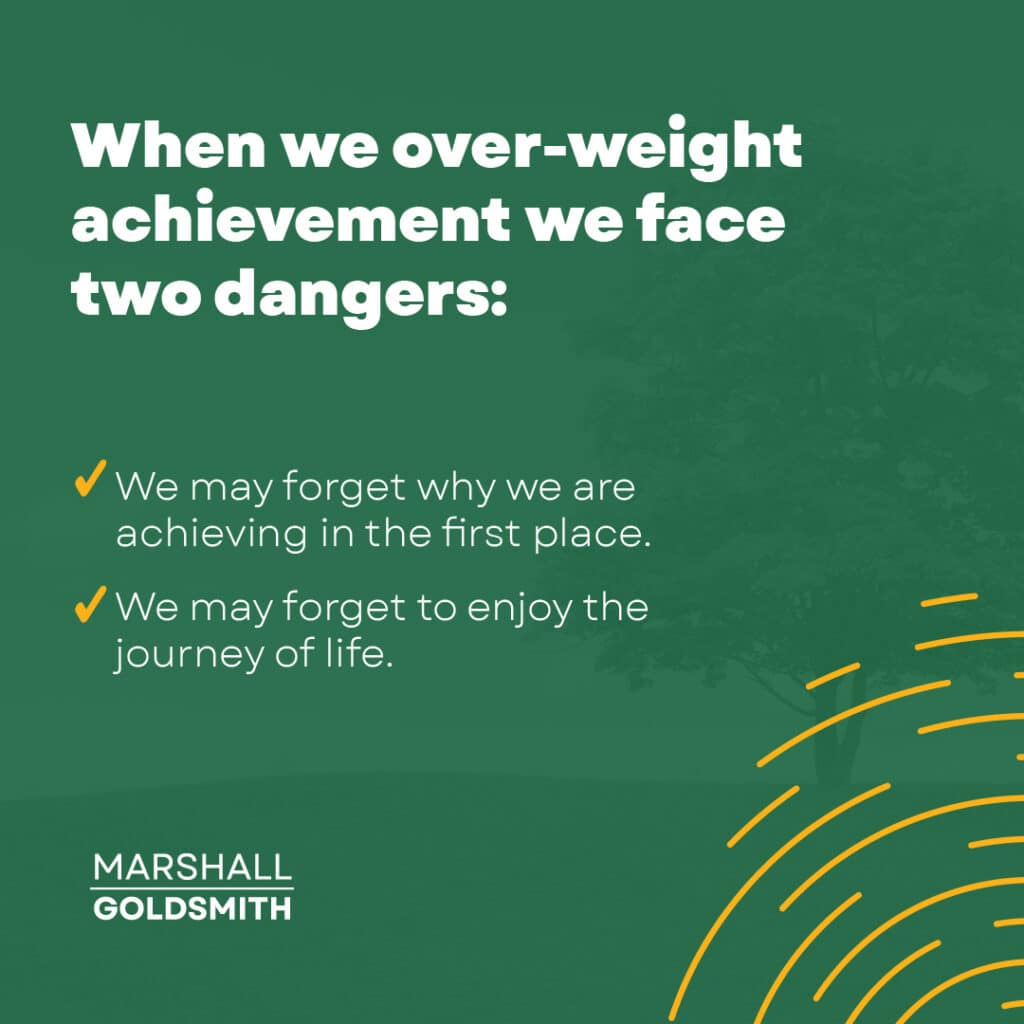 Instead, it exposed his bad side. The firm’s leaders, who had been insulated from Mike’s behavior, were suddenly getting a first-hand dose of his ‘lead, follow, or get out of my way’ style. In meetings, they saw that there was often no checkpoint between Mike’s brain and mouth. He was surly and offensive to everyone, even to the CEO, who called me in to ‘help him change now.’ When I met Mike, I noticed his delight in his success. He was making more than $4 million a year, so professional validation was coursing through his veins like jet fuel. I knew that breaking through to Mike by challenging his performance would be tough. He was delivering results, and he knew it. So I told him, ‘I can’t help you make more money. But let’s talk about your ego.

How do you treat people at home?’ Mike insisted that he was a great husband and father. ‘I don’t bring my work home,’ he assured me. ‘I’m a warrior on Wall Street but a pussycat at home.’

‘Is your wife home right now?’

‘Why don’t you call her and see how different she thinks you are at home?’ He called his wife. She agreed that Mike was a jerk at home, too. Then he got his two kids on the line, and they agreed with their mother.

‘I’m beginning to see a pattern here,’ I said. ‘Do you really want to have a funeral that no one attends other than for business reasons?’ Mike looked stricken. ‘They’re going to fire me if I don’t make my numbers, aren’t they?’ he asked.

‘Not only are they going to fire you,’ I said, ‘but several people will be dancing in the halls when you go.’ Mike reflected on that, and said, ‘I’m going to change, and the reason has nothing to do with money or with this firm. I have two sons, and if they were receiving this feedback from you in 20 years, I’d be ashamed to be their father.’ Within a year, Mike’s scores on his treatment of people shot up past the 50th percentile, above an already high company norm. He probably deserved even better, since he started so far down in the ditch. He also doubled his income.

The lesson: Our flaws at work don’t vanish at home. The moral: Anybody can change, but they have to want to change. Sometimes you can deliver that message by reaching people where they live, not where they work.

If you want to know how your behavior comes across to your colleagues and clients, stop looking in the mirror to admire yourself. Let your colleagues hold the mirror and tell you what they see. If you don’t believe them, do the same with your loved ones and friends–the people in your life who are most likely to be agendafree and who truly want you to succeed. We all claim to want the truth. This is a guaranteed delivery system.

To Help Others, Start With Yourself
General Mills CEO Steve Sanger once told 90 of his colleagues: ‘Last year my team told me that I needed to do a better job of coaching my direct reports. I just reviewed my 360-degree feedback. I have been working on becoming a better coach for the past year or so. I’m still not doing quite as well as I want, but I’m getting a lot better. My coworkers have been helping me improve. Also, I feel good about the fact that my scores on ‘effectively responds to feedback’ are so high this year.’ While listening to Steve speak openly to coworkers about his efforts to develop himself, I realized how much the world has changed. Twenty years ago, few CEOs received feedback from their colleagues–or candidly discussed that feedback and their personal developmental plans. Today, many respected leaders are setting a positive example by striving to develop themselves.

Organizations that crank out great leaders tend to have CEOs like Steve Sanger who are actively involved in leadership development. These organizations tend to actively manage their talent. They identify high-potential people, differentiate compensation, serve up the right development opportunities, closely watch turnover, and offer CEO support and involvement.

One of the best ways top executives can get their leaders to improve is to work on improving themselves. Leading by example can mean a lot more than leading by public-relations hype.

– Michael Dell is a perfect example. As a successful leader, he could easily have an attitude that says, ‘I am Michael Dell and you aren’t! I don’t need to work on developing myself.’ Michael, however, has the opposite approach. He sincerely discusses his personal challenges with leaders across the company. He is a living case study from whom everyone at Dell is learning. His leadership example makes it hard for any leader to act arrogant or to communicate that he or she has nothing to improve upon.

– At Northrop Grumman, CEO Kent Kresa and his leadership team reversed the company’s poor image and engineered an amazing turnaround. From the beginning, Kent led by example. He communicated clear expectations for ethics, values, and behavior. He made sure that he was evaluated by the same standards that he set for everyone else.

As you work hard to improve yourself, you encourage the people around you to do the same thing. PE

Marshall Goldsmith is the author of What Got You Here Won’t Get You There Visit www.MarshallGoldsmith.com.

ACTION: Learn the truth about yourself. 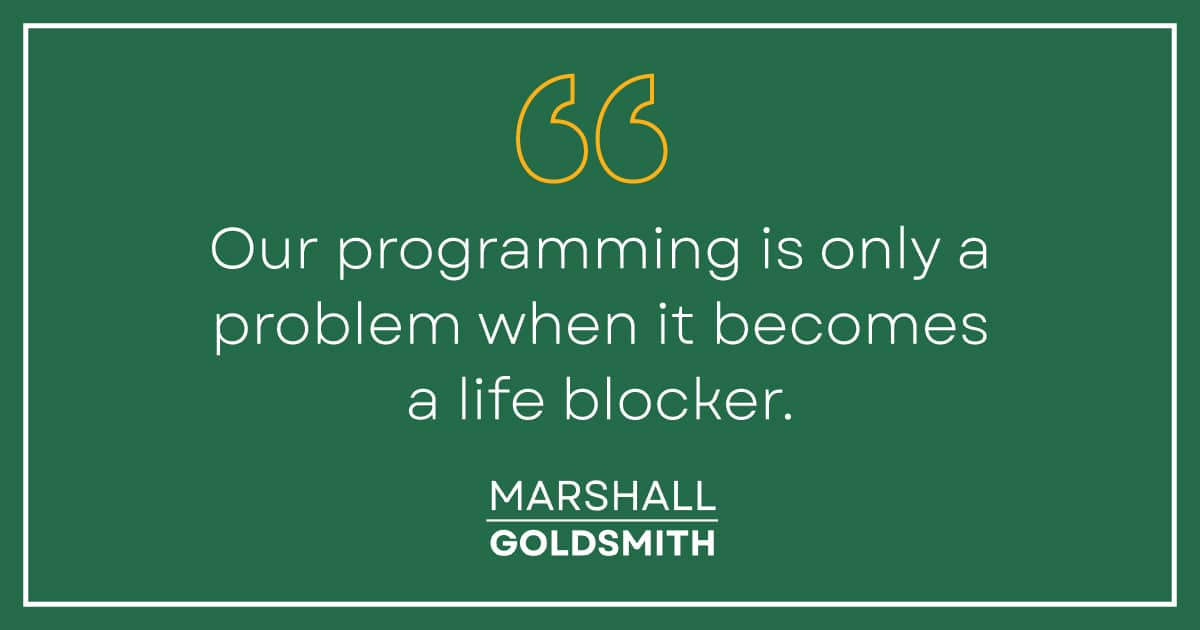 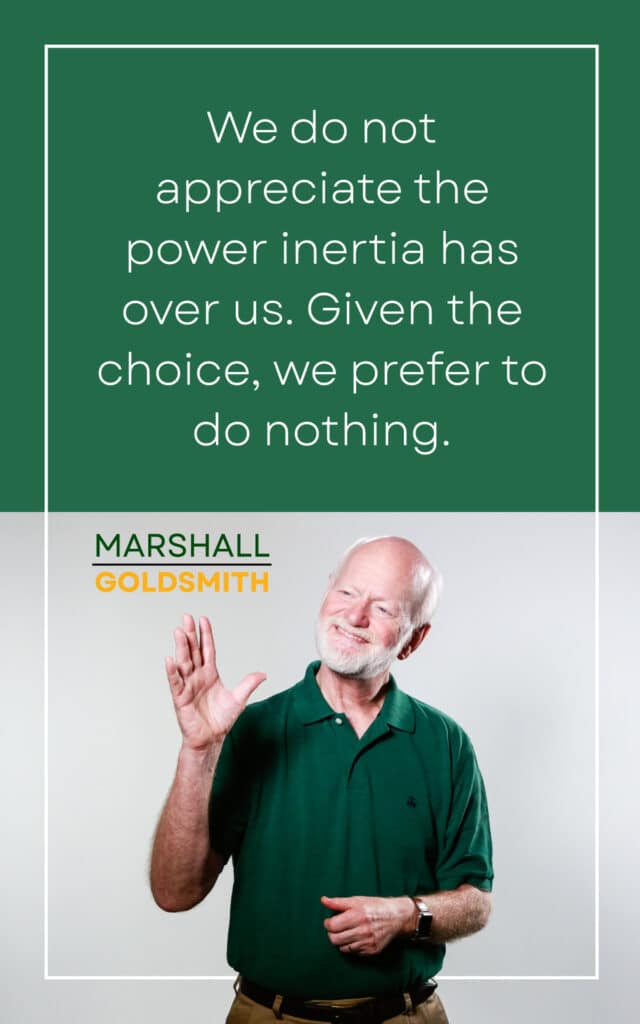