Many top leaders refuse to acknowledge that their needs are often aligned with those of their employees.

I have found that the Life Plan Review, or LPR, helps them confront this, because it creates an atmosphere where people can ask for help, and can understand that they are one among many, even if they are accomplished in their fields.

The process in Life Plan Review, or LPR, helps people overcome the obstacle of asking for help.

The LPR makes us more accountable for our behavior by making us answerable on a regular basis to other people. It also allows us to ask for help. It’s got four steps:

For many years now, helping leaders accept and emphasize their needs has been a big part of my coaching. Sometimes, it’s the only advice they need.

I started coaching Hubert Joly in 2010 when he was CEO of Carlson, the privately owned hospitality giant in Minneapolis. I did my usual setup routine: I interviewed Hubert’s direct reports and the Carlson board of directors, distilling their feedback into two reports.

First, I sent Hubert the report of all the positive feedback, advising him to appreciate it. The next day I sent the longer report about his negatives, telling him to digest it slowly. Although he was already a respected leader, of the 20 executive bad habits I’d listed in What Got You Here Won’t Get You There, Hubert, by his count, was guilty of 13. His big issue was thinking he always had to add value, out of which flowed his other issues, such as needing to win too much and passing judgment.

When we met, I saw where his excessive need to be right came from. He’d been at the top of his class at the most elite schools in his native France. He’d been a star consultant at McKinsey. In his 30s, he became president of EDS-France, and then he moved to the United States, where he eventually rose to the top of Carlson.

He was a bit of a religious scholar who’d collaborated with two monks from the Congregation of St. John (they’d met at business school) on articles about the nature of work. He was well read not only in the Old and New Testaments, and also in the Koran and the teachings of Eastern religions, too. I liked him immediately.

I told him to pick three bad habits that he wanted to work on and commit to improving. He chose: apologizing to colleagues for past behavior, promising to do better, asking for help, and the grateful acceptance of feedforward advice.

Two years later, Hubert became CEO of Best Buy, where he faced one of the biggest challenges in American business: saving a big-box electronics retailer competing on price against Amazon.

Hubert’s could have taken a victory lap and ended our coaching relationship. But he didn’t, for two reasons:

(1) he was committed to continuous self-improvement, and

(2) he wanted his new colleagues at Best Buy to see the self-improvement process in practice. 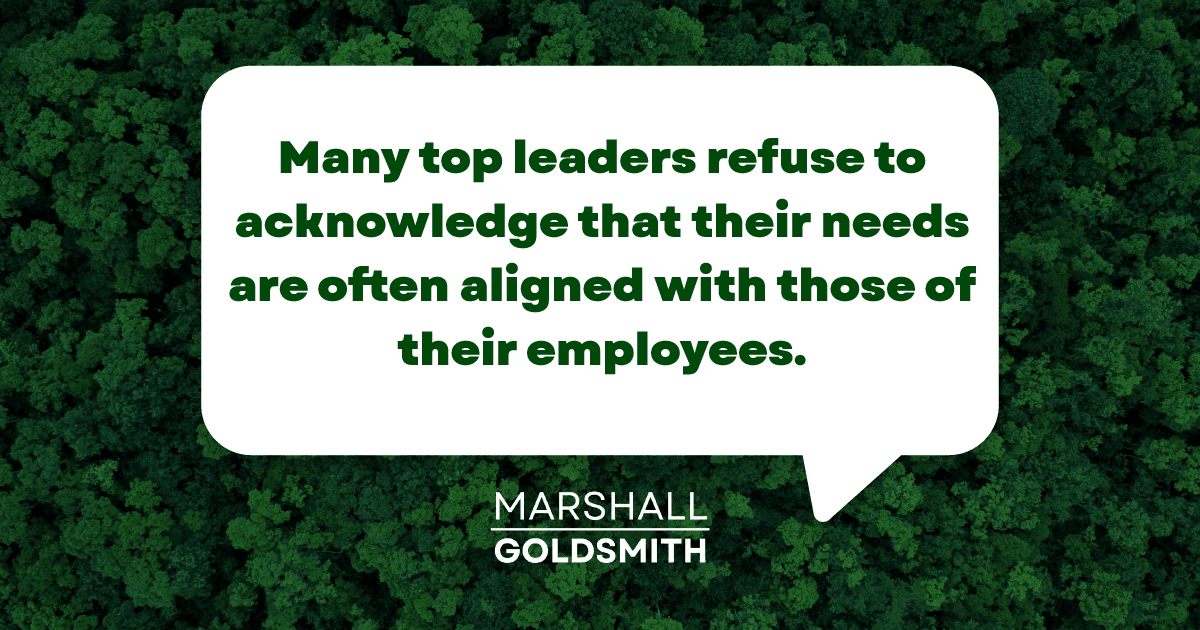 So he invited me to come along for the ride as his coach at his new job. He went public with his need for help, in effect telling his staff, “I have a coach. I need feedback. You need feedback, too.”

His strategy for Best Buy was to compete with online retailers, not on price, but rather by offering better “advice, convenience, and service.” This meant that when a customer came to one of Best Buy’s 1,000+ showrooms, the floor people had to be so knowledgeable and enthusiastic that the customer would have no reason to buy anywhere else.

Hubert was betting the store solely on the employees of Best Buy.

Hubert came up with a counterintuitive strategy — he wasn’t going to help the employees in the usual top-down management approach. Quite the opposite. He would ask them to help him. He exposed his vulnerabilities publicly to them, acknowledging his need for help at every step. He asked for their approval, not asking them if they liked him, but getting their buy-in on his strategy.

He asked employees for their belief in his strategy by asking for their “heart.” And they gave it to him. All he had to do was ask.

In the course of transforming Best Buy—during which the stock price quadrupled and Jeff Bezos of Amazon would say in 2018, “The last five years, since Hubert came to Best Buy, have been remarkable”—Hubert transformed himself as a person, as well.

To his employees, he became a human being, imperfect and vulnerable, willing to admit he didn’t know everything and therefore willing to ask for help. He joined Alan Mulally and Frances Hesselbein as one of my three most successful coaching clients— Alan and Frances because they had to change the least (they were already great when we met and became even greater), Hubert because he changed the most.

If I can leave you with only one piece of advice to increase your probability of creating an earned life, it is this:

Ask for help. You need it more than you know.

There are moments when asking for help is clearly the better choice, and you decline to do so.

The first is when you are ashamed to seek help because doing so will expose your ignorance or incompetence. The teaching professional at a golf club once told me that fewer than 20% of the 300 members at her club had ever taken a lesson from her. They were too embarrassed by their faulty swing to let her help them. “I pay my bills giving lessons to the 30 or 40 best golfers at the club,” she said. “They only want to shoot better scores. They don’t care how they got there or who helped them. Their scorecard doesn’t care, either.”

The second situation begins when you tell yourself, “I should be able to do this on my own.” You fall into this trap when the task you’re facing is adjacent to knowledge or a skill you think you already possess.

I do not have this problem anymore.

“Did I do my best to ask for help?” is no longer on my list of basic Daily Questions. 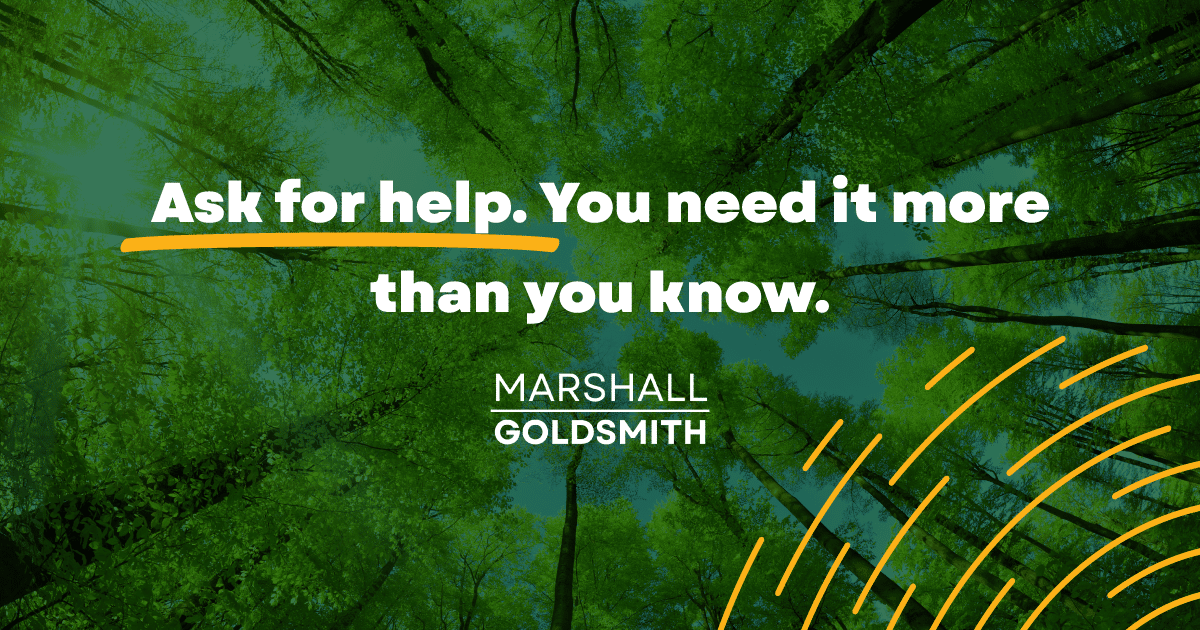