Play the Shot In Front of You: Live in the Present

Golf is such a difficult game that a few miscues over 18 holes are unavoidable, even for the greatest players on their best day.

The best players compensate for that with a well-honed sense of amnesia on the course. They deal briefly and efficiently with the inevitable errors—a quick burst of anger or self-loathing to release the tension—and then it’s forgotten. As they take the 200-plus strides between the tee box and the unfortunate spot where their ball has landed—in some cases, 20 or more yards off the fairway in high thick grass with low-hanging tree limbs blocking their path to the green—they are able to clear their mind and narrow their focus onto the ball, the situation, and the shot in front of them.

They are masters of being present.

Whatever has happened before on the course does not intrude on their thinking. They huddle with their caddies about strategy, yardage, and club selection. They weigh the likelihood of making good contact with the ball buried in high grass. They calculate the risk-reward odds of attempting a heroic shot to the green or taking their medicine and punching the ball back to the fairway. They’ll deal with the next shot when they have to, but in the moment they have to decide on the shot they want to play—and hit the ball.

They do this 60 to 70 times a round. It is part of their routine before every shot. In other words, it is a habit. 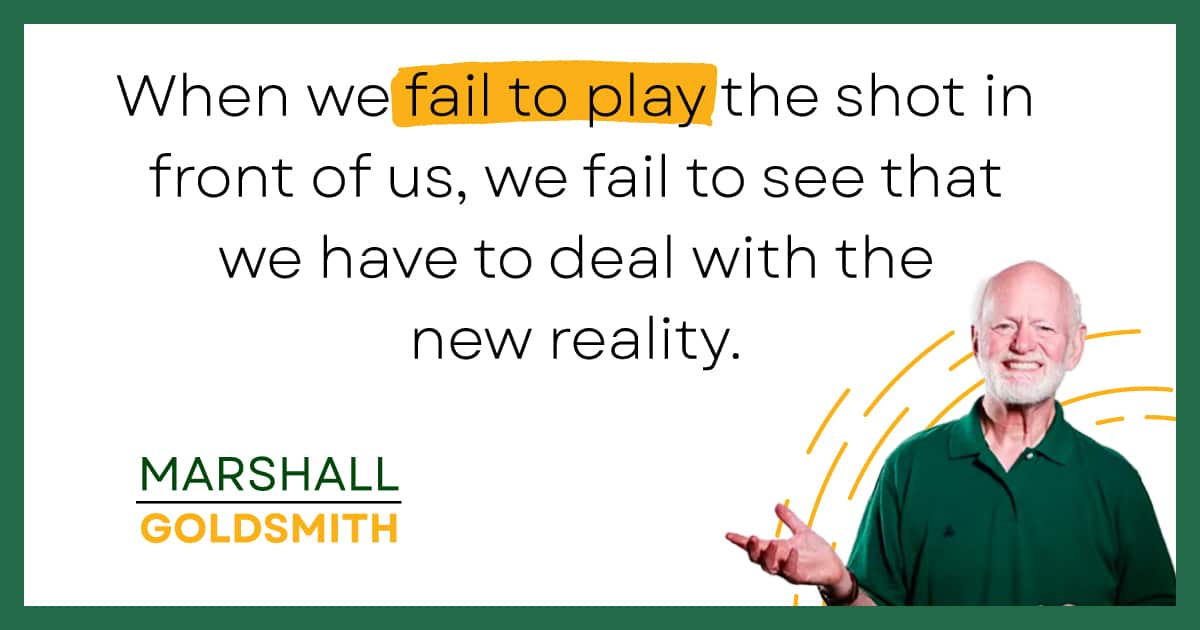 The most instructive part of the routine is the walk from the previous position on the course to the next shot, whether it’s a 320-yard drive or a 20-foot putt that stopped three feet short of the hole. Covering that distance is how they transition from the previous shot to the shot at hand—and stay in the moment.

If they do this consistently over every shot, they’ll be happy about the round, whether or not the scorecard reflects the quality of their play. At least, they have the satisfaction of knowing they did all they could under the circumstances.

To a very poor golfer like me (so poor that I gave up the game 25 years ago), watching this time-consuming assessment ritual on every shot during a golf telecast is like watching grass grow. Why don’t the pros just walk up to the ball and hit it like I used to do? The pros’ way is the right way, of course. Sticking to the routine is a big part of what makes them so good. It’s also why the pros’ approach is such an apt analogue for how we separate the previous and future versions of ourselves from who we are right now. It reinforces the wisdom of being present.

The Nobel Prize winner Daniel Kahneman famously said, “What you see is all there is”—spawning the widely adopted acronym WYSIATI—to point out how quickly we use the limited information at our disposal to make premature conclusions.

I prefer to apply his WYSIATI as a reminder that every set of facts we see is situational—and there’s something noble in dealing as best we can with what’s in front of us. When golfers play the shot in front of them, they are being supremely rational and disinterested (that is, neutral), divorced from past or future concerns that may cloud their judgment. They accept that golf, like most of life, is situational, never involving the moment before or after, only now. At their best, they are Buddhist masters of mindfulness and being present.

The enormous value of being present shouldn’t be a controversial idea. And yet failing to “play the shot” is one of our most consistent behavior patterns. We do it all day long—when we ignore our kids at the breakfast table because we’re mentally rehearsing our presentation later in the day; when we’re distracted throughout a meeting because we’re reliving a disturbing call from 10 minutes earlier; when we typecast people by our memory of their worst moments, refusing to forgive them or accept that people change.

When we fail to play the shot in front of us, we are failing at transition. We are failing to see that something in our world, big or small, has changed irrevocably, and we have to deal with the new reality.

I saw this in the 100 Coaches community when the COVID lockdowns began in March 2020. While some members were able to shift gears smoothly from that was then to this is now, others were grinding their gears.

One of the latter was Tasha Eurich, for whom 2020 had been shaping up as a breakout year. Two years earlier she had published her first book, Insight, with a major publisher, about the difference between how we see ourselves and how others see us. The book had gained a lot of traction in the corporate world. Tasha was a dynamic speaker — so good that I asked her to kick off the first afternoon session at our 100 Coaches gathering in San Diego in January 2020. She rocked the house. Six weeks later, everyone’s big plans collapsed. Tasha took it hard. She’d spent two years building up to 2020—and now it was all wiped out. The fact that her peers were suffering equally provided no comfort. This was an outside shock with no end in sight.

When I checked up on her in early May 2020, she was still haunted by the futility of all her hard work, not ready to move on and face the reality of her situation. The world had changed and a new working environment—empty offices, everyone online at home, the rise of Zoom—demand for her expertise came back. It wouldn’t be as reliable as before (not yet, at least), but slowly she began to leave the past behind. When you do that, all that remains is the present moment and your future. The distinction between the now Tasha and the future Tasha was a meaningful insight for her. It was her escape into a more hopeful situation.

By November 2020, with her consulting and coaching business still short of full capacity, she decided to use her spare time to form her own mentoring community. She emulated the model I had established with 100 Coaches. She posted a short selfie video inviting applicants to be coached by her. Of the several hundred responses, she selected 10 members, nicknaming them the Tasha Ten. There was no money in it and no public acclaim. It was a private act of generosity that added a little more purpose and meaning to her life. She didn’t know where it would lead, but she was eager to find out.

She was no longer clinging to a pre-COVID world that had served her well but was never coming back, and she had found something meaningful to replace it.

She had earned her next beginning. 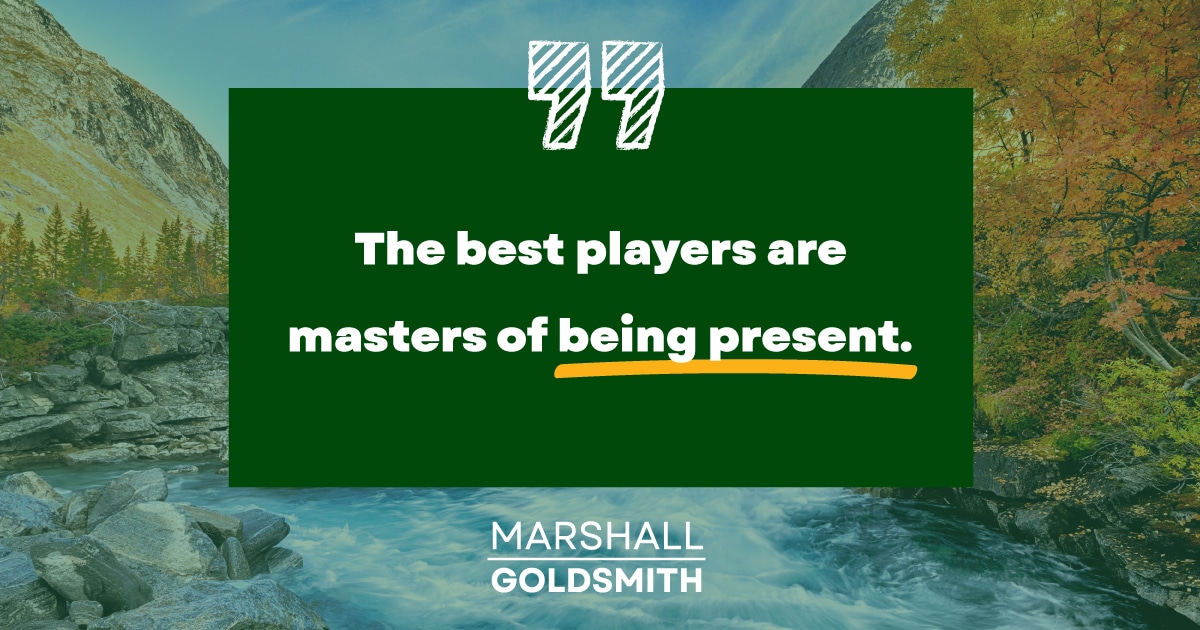