When you fall in love with something and you do it, you’re on the way to perhaps becoming a “genius” in your field, a specialist who can live a fulfilling life.

I call specialists in their fields “one-trick-geniuses,” or OTGs, who are simply fantastic at what they do. But I cannot tell you what kind of “specialist” (OTG) to be. In my eyes, the clients and friends who’ve attained OTG status are all different, but with few exceptions, they have implemented one, several, or all of these strategies to find their particular genius:

Let’s look at why finding your genius takes time.

Few people know their position on the generalist versus specialist debate at the start of their career. As I was, they’re too young. They don’t have the “try-this, try-that” experience yet. Even fewer know what their “genius” is. It’s a process that takes at least a decade or two of adulthood to resolve.

I’ve heard this time period referred to as the “exposure gap.” From a running start with your acquired base of knowledge and ability, you steadily expose yourself to new sets of people, experience, and ideas. You add skills that work in your favor and subtract those that don’t. Eventually, you narrow down to the pursuit most likely to engage and fulfill you.

It was true for me, but a more vivid example is Sandy Ogg, the founder of CEO.works, a consulting firm focused on changing the game of human capital. He not only became a specialist late in his career, but his particular genius happens to be identifying other specialists, especially the ones who add the most value to an organization.

I met Sandy Ogg in grad school, when we worked next to each other in Professor Paul Hersey’s office. Sandy went into corporate human resources, where he rapidly rose to become HR chief at Motorola’s largest division. In 2003, he took the same position at the giant consumer goods company Unilever. By then Sandy was in his mid-forties and an expert on all the customary aspects of HR— training, development, benefits, compensation, diversity, and the rest.

But Unilever’s CEO told Sandy to delegate those duties to lieutenants. He wanted Sandy to formalize a way to identify Unilever’s future leaders. The challenge engaged Sandy completely. Within a short time, he developed a methodology that measured what he called Talent to Value. Analyzing Unilever’s 300,000 employees through a proprietary formula, he concluded that just 57 people at Unilever were responsible for 90% of its value. 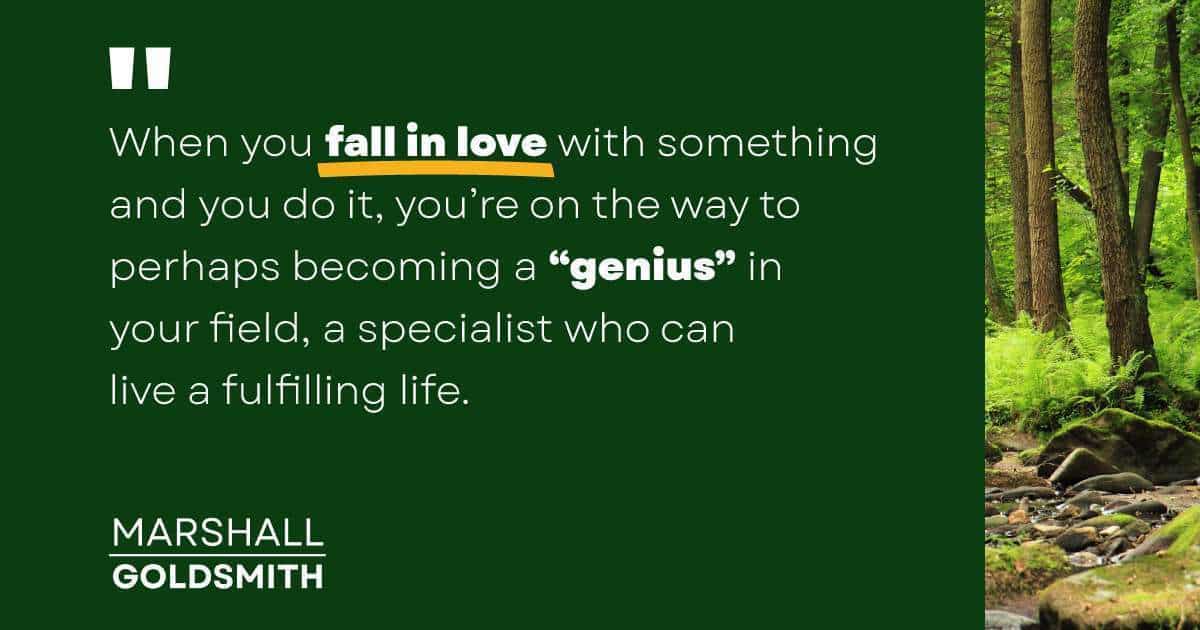 My definition of brilliant is having an idea that no one has thought of before, yet sounds obvious the moment you hear it. Sandy’s insight was so brilliant and had such a positive impact on Unilever’s stock price that the private equity powerhouse Blackstone hired him away to conduct similar analyses of who was adding the most value at Blackstone’s portfolio companies.

Sandy learned that there is low correlation between a top manager’s compensation and the value he or she adds. His insight uncovered a data point every CEO would love to know about an organization: Who is overpaid, who is underpaid.

It was especially insightful at a private equity firm, where investments are made with leveraged money, dramatically increasing the importance of a proper valuation when you sell an asset. Each dollar you receive in the sale might represent ten times your original investment. Sandy’s equations not only identified the people worth keeping and the managers to let go, but he also concluded that some people were so valuable that, given the outsized returns for success in private equity, no amount of compensation was too high.

These people, Sandy also learned, were invariably specialists—and their value was embedded in that term: They were “special.” Pay them whatever it takes to keep them, he said.

When Sandy does a deep dive for undervalued talent at a company, he’s invariably searching for the specialists whom management is ignoring. They’re rarely the leadership class of generalists showing up at the weekly senior management meeting. Typically, he interviews people up and down the organization about their peers, noting the one or two names repeatedly praised as superstars. On one assignment, he kept hearing the company’s head of procurement described in glowing terms. When he made his initial report to the CEO, he asked, “Tell me the ten most important jobs here.”

The CEO started with himself, then went down his pyramid of direct reports.

“What about the head of procurement?” Sandy asked. The CEO went blank.

“Do you know who your head of procurement is?”

The CEO had no idea.

Sandy explained that he should probably get to know this fellow because he had a gift for saving the company money. Sandy knew the specific amount. “Lose him,” he said, “and you’ve got a six-hundred-million-dollar hole in your value agenda.”

Sandy was revealing the complete disconnect between the role that adds huge value to a company and the investment in terms of training, compensation, and grooming that the company makes in the person filling that role. In Sandy’s opinion, that person is almost always a specialist, sometimes overlooked and underappreciated, but not for long.

Sandy is my ideal of a “one-trick genius.” Starting with the broad knowledge of a human resources professional, he narrowed his focus to determining one particular data point of interest to top management. Who’s overpaid, who’s underpaid?

Then he whittled it down to one question that CEOs didn’t even know they should be asking: Who in the organization can never be overpaid? The delicious irony here is that when Sandy identifies the value creators at a company, he’s identifying someone just like him: a specialist doing a job so valuable that he or she cannot be commodified or replaced. He is the expert on the concept of one-trick genius.

Remember this the next time you wonder why it’s taking you so long to identify a job or career that fully engages and fulfills you — You actually need years, not months, of experience to develop the knowledge base, the work habits, and the relationships that will enable you to narrow down the expertise to one that is yours to own.- 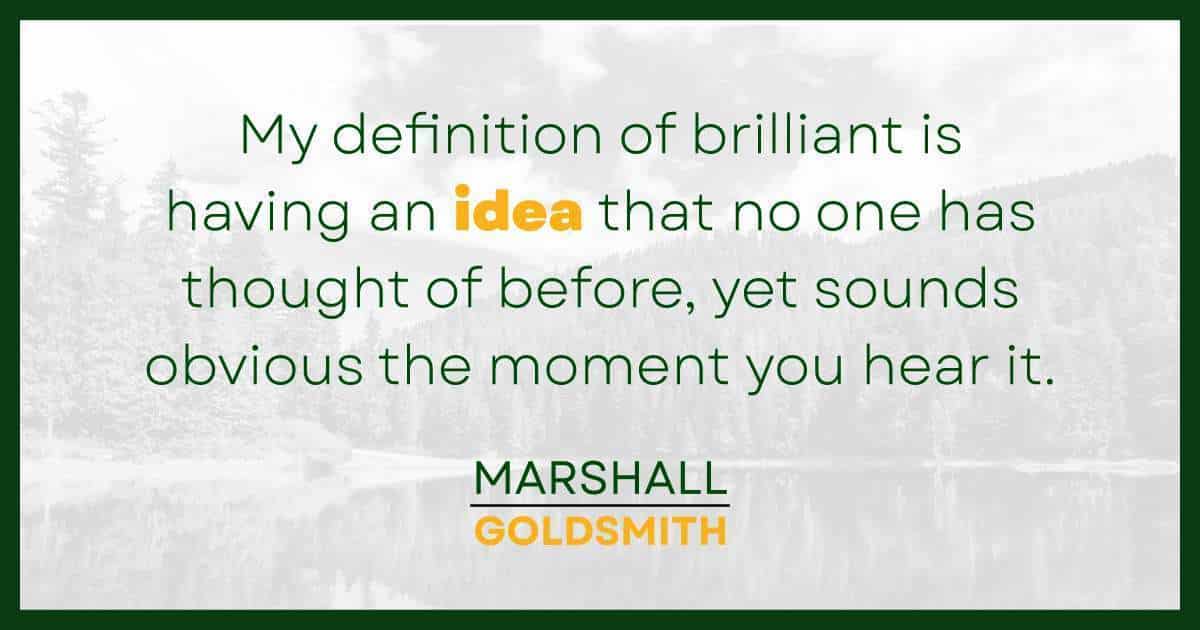 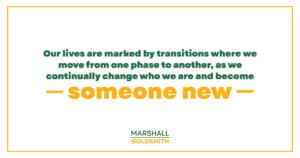 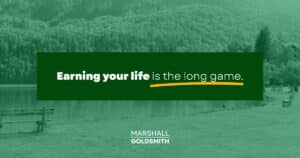 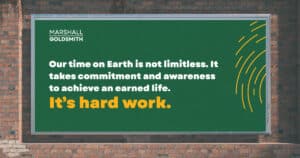 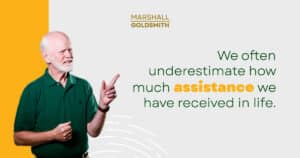 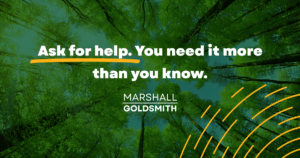 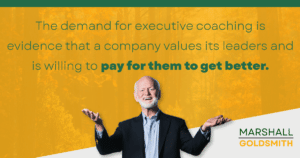 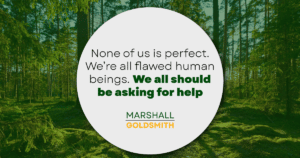 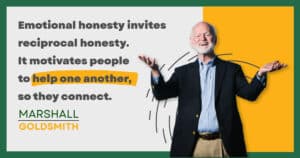