Factors That Determine Our Future

How do we measure whether we have lived an earned life?

Can your life be determined by the so-called “soft” values, ones that cannot actually be measured but that are perhaps a surer measure of fulfillment than money or career?

I am not downplaying career — but I’m posing the question of what place your career plays in your life, or what place money plays in relation to your contentment and ultimate happiness.

It’s great for an actor to win an Oscar. It might mean a better opportunity for negotiating more interesting roles or a higher salary for the next picture.

But apart from the recognition of your peers, how does an actor who has achieved the Hollywood industry’s highest achievement feel about the award? Is it the end or a step in a life of fulfillment?

Is it the career, or the life that comes with the career? Is life built only of playing roles, or of using the opportunities that come with that to do something more personally meaningful?

These are important questions to pose, because as I’ve mentioned before, happiness is fleeting, but fulfillment is a sense of having done something significant and lasting in your life — an earned life.

An earned life can certainly mean finding a fulfilling career. That’s what most of us want in our lives! It is difficult for many of us to choose and commit to what will be our life’s work.

“We tremble before making our choice in life,” wrote Isak Dinesen (pen name for Danish authoress, Karen Blixen; famous for Out of Africa and Babette’s Feast), “and having made it again, tremble in fear of having chosen wrong.” 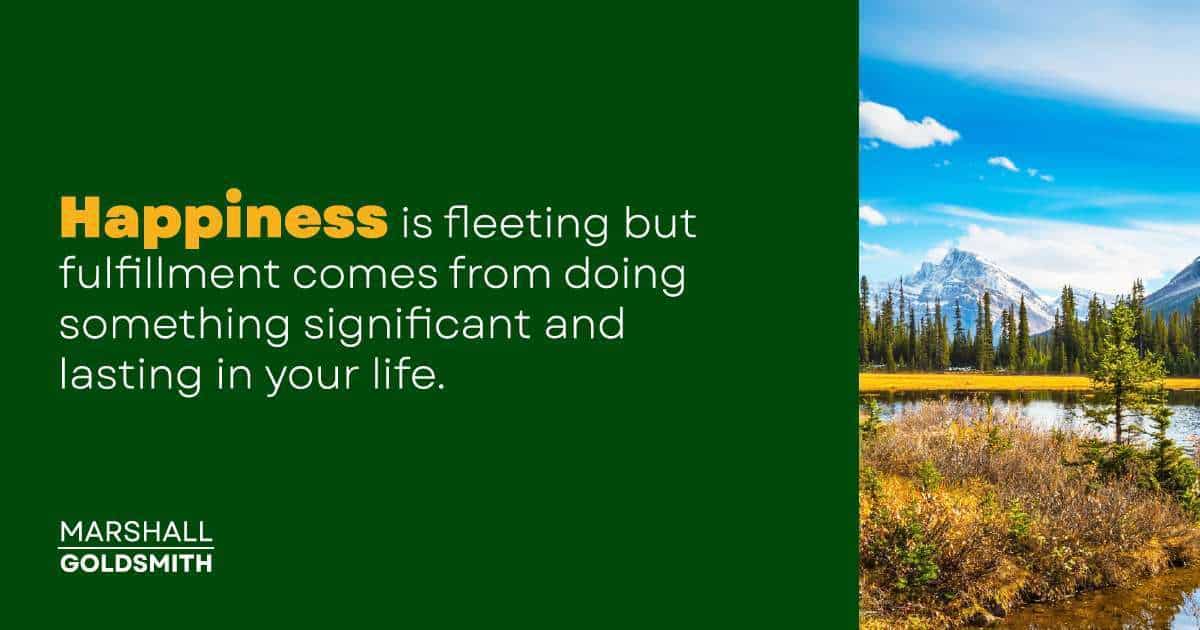 For many people, however, committing to a career path does not constitute an agonizing dilemma. That’s because living an earned life to them is not a function of what they do to earn a living. The values and skills to which they aspire have little to do with professional validation or material accumulation.

I know people whose explicit life mission is “to serve.” The more they can help others, the more purpose and meaning they find in their lives. In serving others, they are literally accumulating purpose and meaning, a form of wealth more appealing to them than the conventional trophies of money, status, power, and fame.

I know other people who are more devoted to perfecting themselves (not that there’s anything wrong with that) rather than giving to others. Constant self-improvement is their defining purpose. Every task—whether it’s lowering their blood pressure or elevating their emotional intelligence—is judged against an internal standard of excellence that they approach but never reach. The closer they get, however, the more the pursuit feels earned.

I also know people whose highest aspiration is spiritual or moral enlightenment—creating a feeling of contentment about their relationship to the world, regardless of material gain (or, more likely, precisely because of its absence). The fewer material holdings they rely on, the more enlightenment they have earned.

I know a lot of people, especially in midlife and beyond, who can gauge their fulfillment by surveying the scene at a large family gathering in the company of their children, grandchildren, and great-grandchildren, feeling joy and validation at how many decent, productive citizens they have guided into the world. They earn their lives by trying to be responsible patriarchs and matriarchs, a job that comes with lifetime tenure, yet has to be earned every day at every age.

I didn’t appreciate this distinction until I started writing about the earned life and reflecting on whether I ate my own cooking — that is, have I lived an earned life?

If so, was the earned part shaped by what I did all day, or who I wanted to be, or who I wanted to become? Or was it a measure of how successfully I finally integrated these three dimensions in my life, so that I could bask in a warm sense of fulfillment and say to myself, “Mission accomplished”?

In many ways, deciding who we want to become is like adopting an ideology or credo for our life, a single premise that we rely on to interpret our past and determine our present and future.

We can do this by relying on three independent variables—Action, Ambition, and Aspiration—that govern any progress we make toward living the life we seek for ourselves. 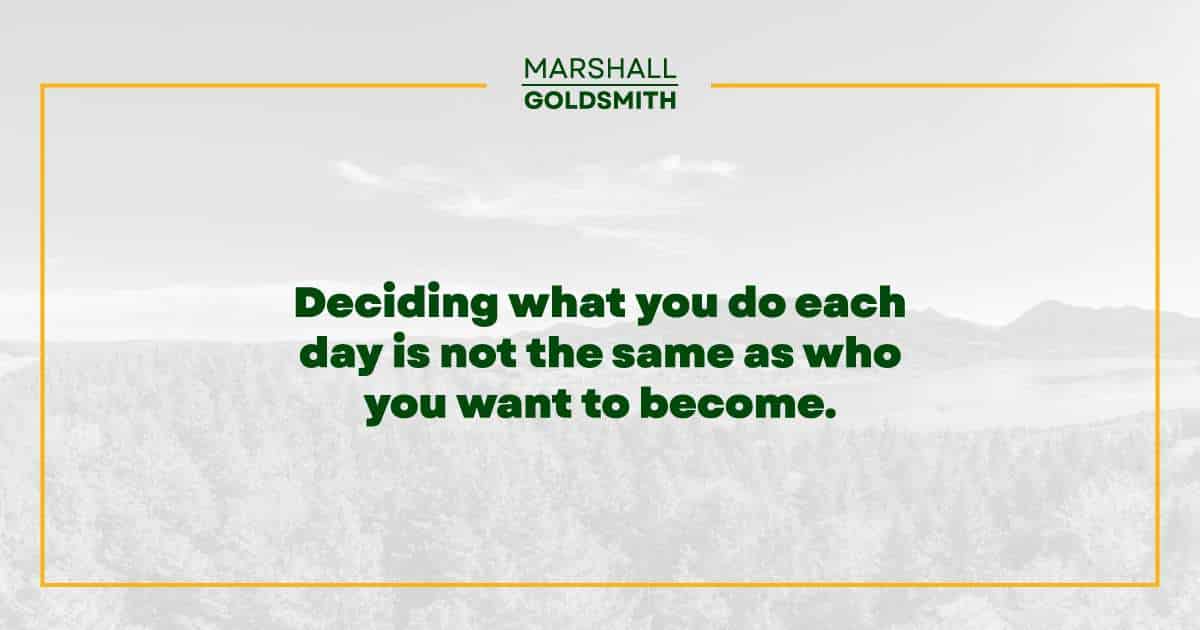