Credibility as Part of an Earned Life

When I committed to the goal of earning credibility, I knew I needed a plan. Fortunately, I had one.

As I often do, I turned to Peter Drucker.

If you want to elevate your credibility, start by committing these Druckerisms to memory:

Each of these rules assumes that acquiring recognition and approval is a transactional exercise. Note the frequent reference to selling and customers. These Druckerisms not only endorse our need for approval, they emphasize that we can’t afford to be passive about it — not when our credibility is at stake.

Since our earliest days, we have sought approval from people who could influence our future. Parents, school, bosses, customers — each became the decision makers who held sway over our livelihood (see Rule 1).

Eventually, proving ourselves becomes second nature. That’s when we start making mistakes that damage our credibility rather than enhance it. The following matrix will help you determine when proving yourself to others is a worthwhile activity—and when it is a waste of time or does more harm than good:    [[[REPLACE TABLE with an X-Y AXIS DIAGRAM; see comments after, which mention X-axis and Y-axis ]]]

The vertical axis measures one dimension: our level of striving to prove ourselves.

The horizontal axis measures a second dimension of credibility: making a positive difference.

The matrix illustrates the connections between the two dimensions. We are asking ourselves two questions:

One, Am I striving to prove myself?

Two, Will proving myself help me make a positive difference?

The utility of the matrix is situational. In some situations, our answers to those questions can be high or low. When both are high or low, we’re in a good place.

Let’s examine what’s at stake in each of these four quadrants and how it determines our behavior. 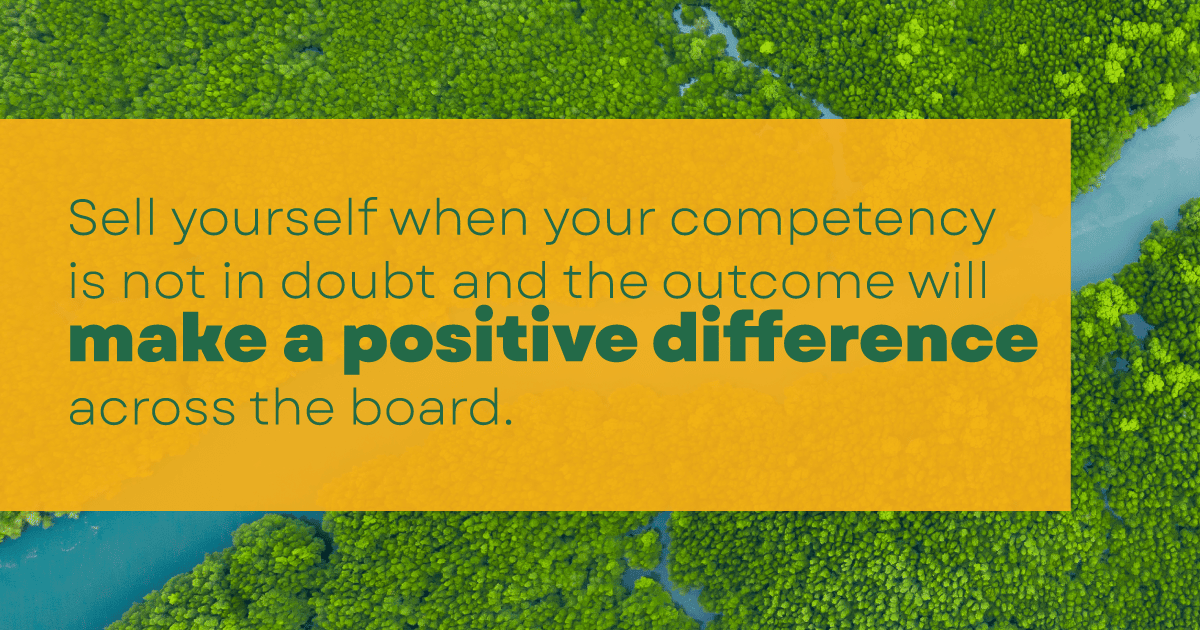 The most beneficial quadrant is in the upper right, where you’re proactively seeking approval and it will make a positive difference in your own life or the lives of others. Aggressively seeking a job you know you can do better than anyone else is a good example.

Some years ago, one of my coaching clients heard a rumor that he was being passed over for the CEO spot at his company. The job was rumored to be going to an outsider whom my client knew well and regarded as an all-hat-and-no-cattle charlatan. Disappointed as he was, my client was even more worried for the future of the company with this phony in charge.

“Has it been announced yet?” I asked. No.

“Do you believe you’re a better choice?” Yes.

“Then it’s just a rumor,” I said. “That’s your opening to fight for the job.”

He wrote a 28-page proposal detailing his plans for the company, alerted his boss, and sent it to the CEO, asking for a meeting. At the meeting, the chairman of the board told him that he had been passed over because he wasn’t perceived as having a “fire in the belly” for leading the company. His gumption to write the proposal and sell himself directly to the chairman—the decision maker who had the power to choose the next CEO—reversed that opinion. He got the job.

This is the quadrant you want to be in—selling yourself with no fear—when your competency is not in doubt and the outcome will make a positive difference across the board. Anything less would be regrettable.

This is the “It’s Not Worth It” quadrant, where straining to prove yourself will not make a positive difference, and you don’t feel any need for approval.

For example, arguing politics with someone who is diametrically opposed to your position and is unwilling to be moved by anything you say. Ask yourself, “Is this worth it?” The answer is invariably no, and you have to let it go.

This is the “I Shouldn’t Have…”  quadrant, where earning approval would improve your credibility. In the past, this was the quadrant I was most likely to fall into when I wasn’t paying attention to Drucker’s rules.

The most egregious moment was in the early 1990s, when I had just returned from an International Red Cross family relief program in Africa. My experience was reported on the front page of the local newspaper. Dr. Sam Popkin, a revered political science professor at UC San Diego, hosted a party in my honor. He toasted me with effusive praise for my humanitarian efforts.

It was a perfect occasion for underselling myself. And yet that didn’t stop me from pointlessly overselling my time in Africa to a small group of neighbors at the party. I was giddy and full of myself, behaving like an overzealous “salesperson” even though there was no evidence that my audience were “customers.” As the group dissipated, one older gentleman remained. Finally, I took a breath and said to him, “I’m sorry, I didn’t get your name.”

He put out his hand to shake mine and said, “I’m Jonas Salk. It’s nice to meet you.” Facing the man who invented the polio vaccine, I didn’t have to ask, “And what do you do?” His name was his credibility. His credibility was his name.

Each of the four quadrants in the matrix tells you when you should try to seek approval—i.e., sell yourself—and when it’s not appropriate.

It’s one thing to be competent, it’s another thing to be recognized for it. It’s not enough to gain credibility with one, but not the other. You have to earn it twice.

Otherwise, you’re diminishing your ability to make a positive difference—and lessening the impact of your life. 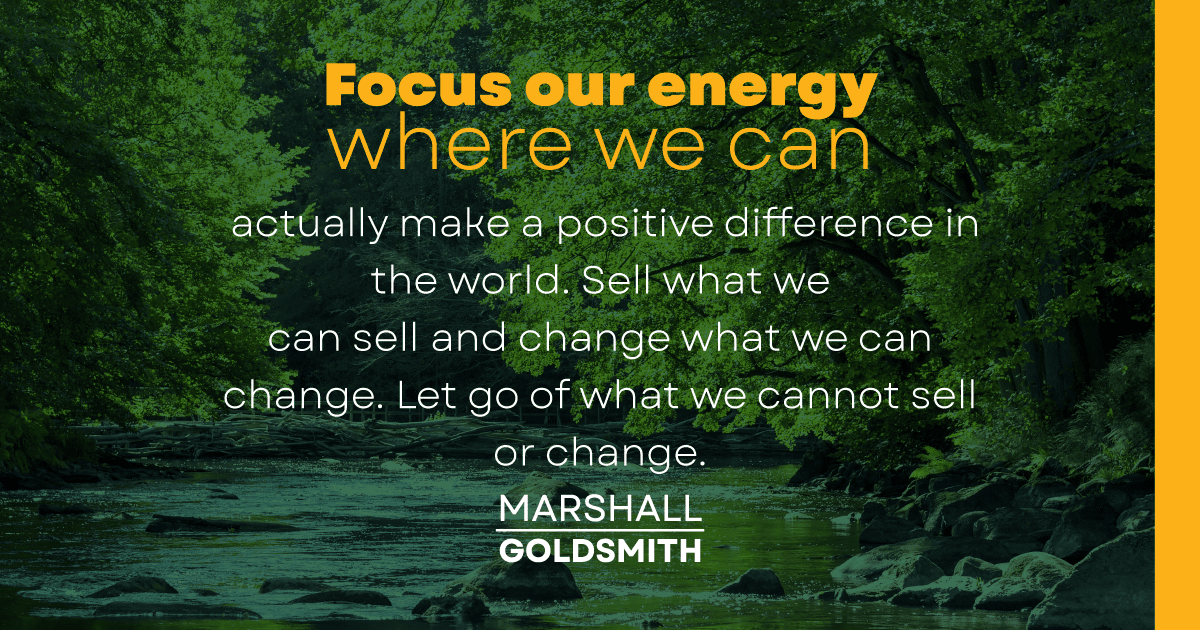