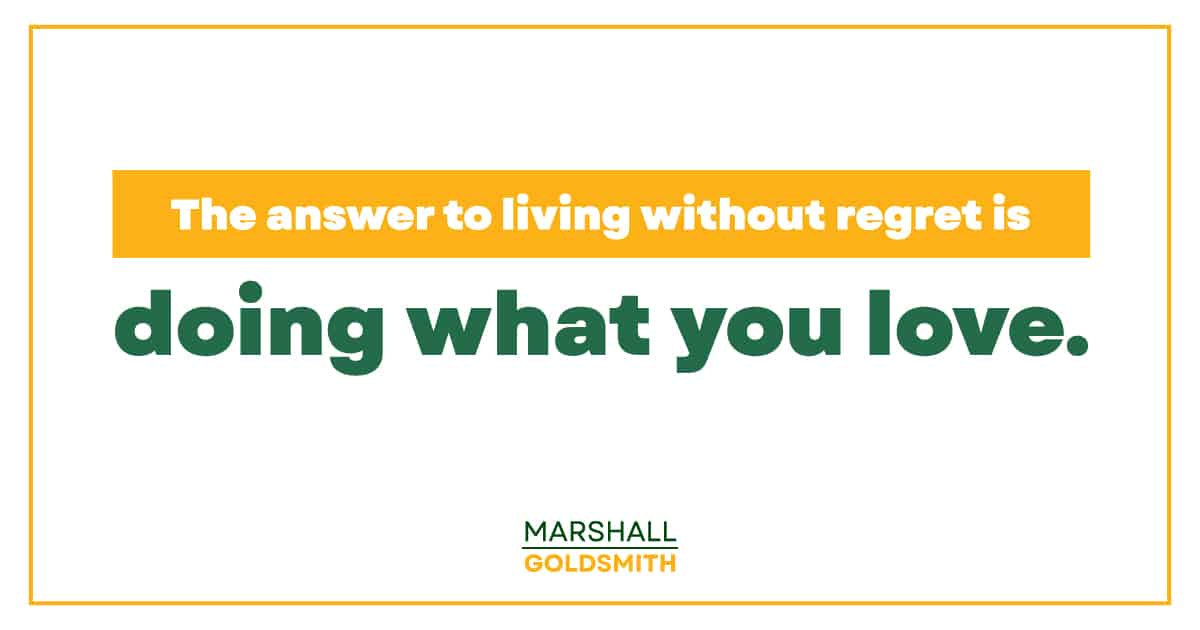 Sometimes, when you make a decision you immediately regret it – and it’s at that moment you know that you should have decided otherwise. If we’re lucky we can go back on such decisions and do what feels right. Gut feelings can play a big part in showing us the way.

For example, I am friends with the aerospace engineer and executive Alan Mulally. Years ago he sought my advice before making a momentous decision.

At the time, he was President of Boeing Commercial Aircraft, and he was offered the CEO job at Ford Motor Company. Alan asked me my opinion on the pros and cons of leaving Boeing. This had been the only company that Alan had ever worked for.

What held him back from saying yes to Ford was the successful life he had built for himself and his family in Seattle. He was also loyal to Boeing. 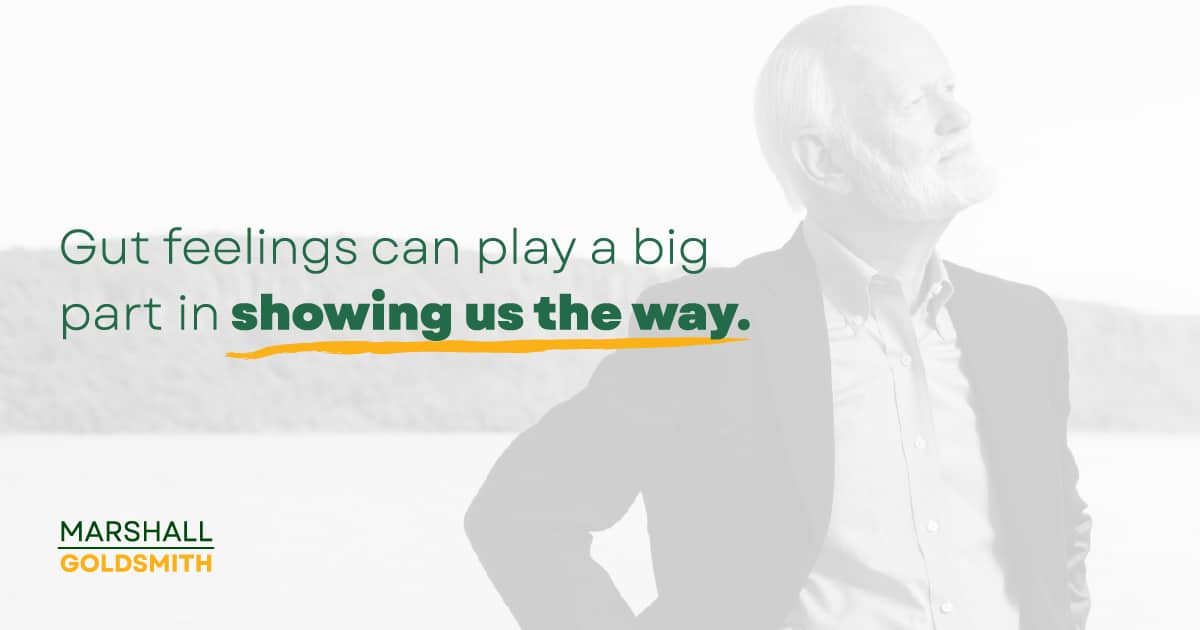 I decided the best approach was to talk about regret. I told Alan, “You deserve to be a CEO, and Ford is the challenge of a lifetime. If you don’t take the job, you’ll regret it the rest of your life.”

Well, he didn’t take my advice. Alan turned down Ford’s offer, a few days after we spoke. But the moment he said no, he was flooded with regret. His gut spoke to him. He called Ford Motor Company and asked if he could change his mind. They said yes. It turns out that Alan – and Ford – made the right decision. His career at Ford was stellar. During his seven years as CEO there, Ford’s stock price increased 1,837 percent and he had a 97 percent CEO approval rating from employees at a unionized company.

I wanted to know where the successful people on my professional network were on the continuum of fulfillment and regret, so I asked. I figured most would locate themselves on the right side of the continuum: fulfilled. I was wrong.

For instance, one member of my network, Gunther, a European CEO at the top of his field, said he regretted neglecting his family in favor of his career. He had career success, but regretted what he considered his failure as a parent and a husband. He felt he’d wasted his life earning the wrong rewards

It was the same with my coaching client, Aarin. Aarin seemed to me to be a real overachiever – she’d emigrated from Nigeria at the age of 11 and adjusted to life in the U.S. She earned an advanced degree in civil engineering, and developed a specific expertise that made her an in-demand consultant in constructing skyscrapers, bridges, tunnels, and other big structures. Aarin was in her early fifties, happily married, with two college-age children. As an African immigrant, she was a rarity in her line of work. She had pretty much invented a career for herself. As she had been my coaching student, I thought I knew what she dreamt of and what she regretted. I was wrong.

Aarin did not feel fulfilled. She said that she had no reason to complain — and yet regret haunted her. Her regrets centered on how little she’d done compared to what she believed she could be doing. No matter what she did, she couldn’t shake the thought that she was falling short of her potential. She regretted that when she took on a project that paid well enough to cover overhead and salaries, she tended to coast and ease up on chasing new business. She wondered why she didn’t hire people to handle multiple projects at the same time and give herself more time for new business.

“Everyone thinks I’m this hard-charger,” she said. “But I’m actually a sheep in Type A clothing. Most days I feel like an impostor, unworthy of the fees I’m charging and the praise I receive, always dreading the moment when I’ll be found out.”

To my surprise, other high-achieving people in my unofficial survey expressed regret, too.

I had actually expected that the responses would be more like a Wall Street trader I knew, whose answers surprised me, and gave me an answer to what makes people fulfilled.

Leonard had been forced to retire at the age of 46, when the leveraged trading he specialized in became a casualty of the financial reforms of 2009, specifically the Dodd-Frank act. Rather than being regretful about being forced to retire young and miss out on further career accomplishments, Leonard was grateful and fulfilled.

“I’m a lucky man,” he said. “A statistics professor told me that I had a small gift. I could see rates of change in yields and interest rates in my head. So I went into bond trading, the one field where I could get paid for my small talent. I ended up at a firm with a compensation scheme that was pure pay-for-play. If I made a profit, my share was contractually spelled out to the penny. If I didn’t, I was out. I made money every year, and I never felt underpaid or cheated. I got exactly what I deserved, and thus it felt fully earned. That’s not only satisfying when I look back on it — it’s gratifying because I still have the money.”

His rationale disarmed me. For years I had maintained a prejudice about Wall Street types, believing they were smart people who went into the financial sector grudgingly, not because they were fascinated by markets, but because it was an easy way to make a pile of money, get out early, and spend the rest of their lives doing what they really wanted to do.

Leonard showed me I was wrong. He loved trading securities. Fulfillment to him came from the validation of being a star at his job and, as a result, being a good provider for his family.

He was also happy. Maybe that’s the answer to living without regret, or at least one answer: Doing what you love. 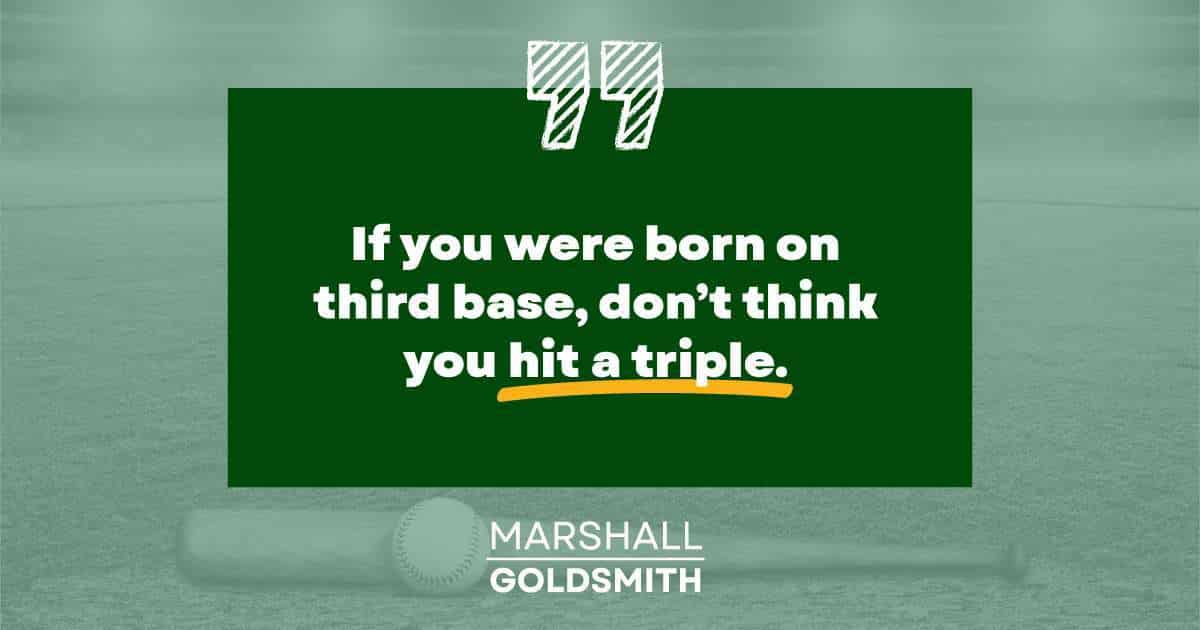 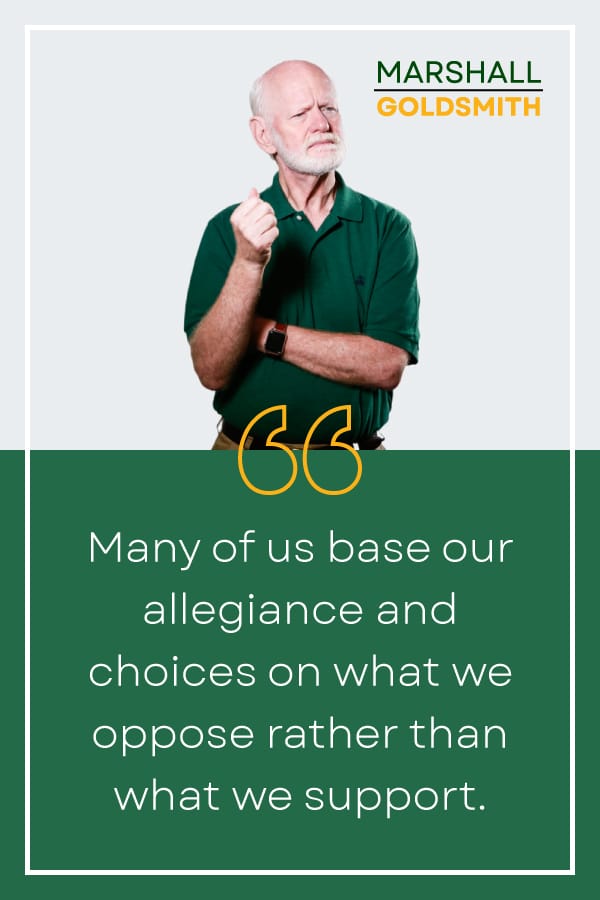