How many of us feel we’ve wasted years of our lives?

How many of us judge ourselves because we believe we’re not doing what we want, or we’re not meeting the people we wish to, or we’re not living up to our own expectations?

It’s often been said that people on their deathbed regret the choices not made. But at that point – and, frankly, at any other point – this doesn’t change the outcome. You chose every single moment of every single day. You live, you have lived – you are what you do, even if you don’t think you’ve done enough.

The great French Renaissance essayist and philosopher Michel de Montaigne wrote about living your best life, which includes not beating yourself up about wasting time:

“I have generally only myself to blame for my errors or mistakes,” he wrote in an essay titled, “On Repentance.” “Once any business is over, I have few regrets, whatever the result. For my grief is soothed by the reflection that things were bound to happen as they did. I see them as part of the great stream of the universe, in the Stoics’ chain of cause and effect. Your mind cannot, by wish or thought, alter the smallest part without upsetting the whole order of things, both past and future.”

This means that without the choices you’ve made, including the feeling that you’ve wasted your time, you would not be you. You would not be the person you have become.

I once met a man, Richard, who had canceled a meeting with me. We met again a few years later, and we got along great. We had a lot of laughs and a spirited discussion. At some point, Richard said how contrite he was about canceling on me way  back when, imagining all the good times and jovial meals we’d missed out on during, as he put it, those “wasted years” before we met again. He was joking about the “wasted years,” of course, but he  couldn’t conceal a shade of melancholy, as if he had bungled a life decision that required an apology. 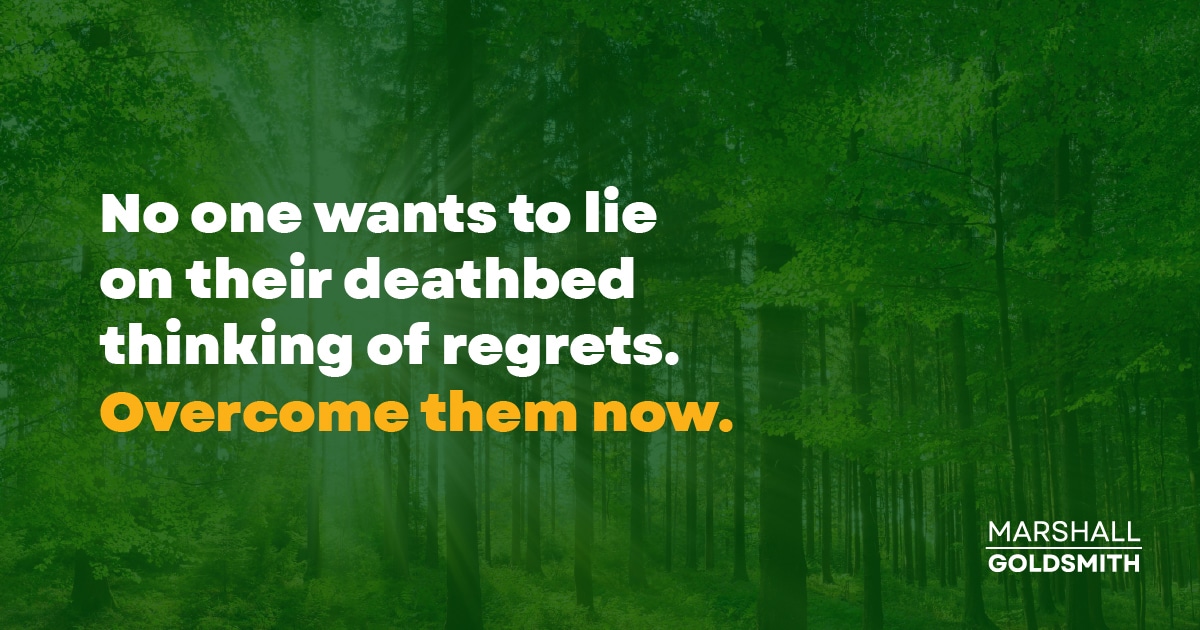 Richard would periodically repeat that note of contrition the two or three times a year we’d get together in New York. Each time, I’d say, “Let it go. I accept your apology.” Then, during one of our dinners, he told me a story:

He had graduated from high school in a Maryland suburb and enlisted in the U.S. Army. After three years of service at a military base in  Germany, rather than in combat deployment to Vietnam, he returned to Maryland, determined to get a college degree. He was  twenty-one and finally clear-eyed about his future.

He spent the summer before his freshman year driving a cab around the Washington, D.C., area. One day, on the way from the airport to Bethesda, he picked up a young woman who had spent time in Germany. They spent an hour in traffic, discussing their separate times there.  “It was one of the most charming hours of my life,” he said.

When they reached her parents’ house, he carried her bags to the porch, wrote his name on a taxi company card, and told her that if she needed a ride to the airport, she could have the dispatcher call him. “She called a few days later, and we set up a date for the next weekend,” Richard said. “I drove to her house and stopped three blocks away to collect myself. This evening was important to me. I  could see spending my life with her, despite the fact that she came from a much more well-to-do background than mine. But then, I did something inexplicable. I froze. I couldn’t work up the courage to walk up to her door. I never saw her again—and my cowardice has haunted me for forty years. It  has to be a big reason why I’ve spent my entire adult life alone.”

He had just relayed a narrative of colossal regret, which is so desolate. I had nothing to add. Regret is a feeling I wouldn’t wish on any human being.

In my writings, I’ve helped people learn to be leaders, to find that point where their professional aspirations intersect with their personal well-being. In my book, What Got You Here Won’t Get You There, I wrote about how to eradicate self-defeating behavior in the workplace. In my book, Mojo, I explored how to deal with career setbacks that can stop your momentum. In Triggers, I wrote about how to recognize the everyday situations that trigger our least appealing responses and choices.

As I look back on my own career, and the work I’ve done and the experiences I’ve had with others, and their accounts of their own lives and leadership experiences, it is appropriate now to tackle the challenge of regret.

It’s true that no one wants to be lying on their deathbed thinking of regrets. The important thing is to address it head on and see how you can overcome it right now. 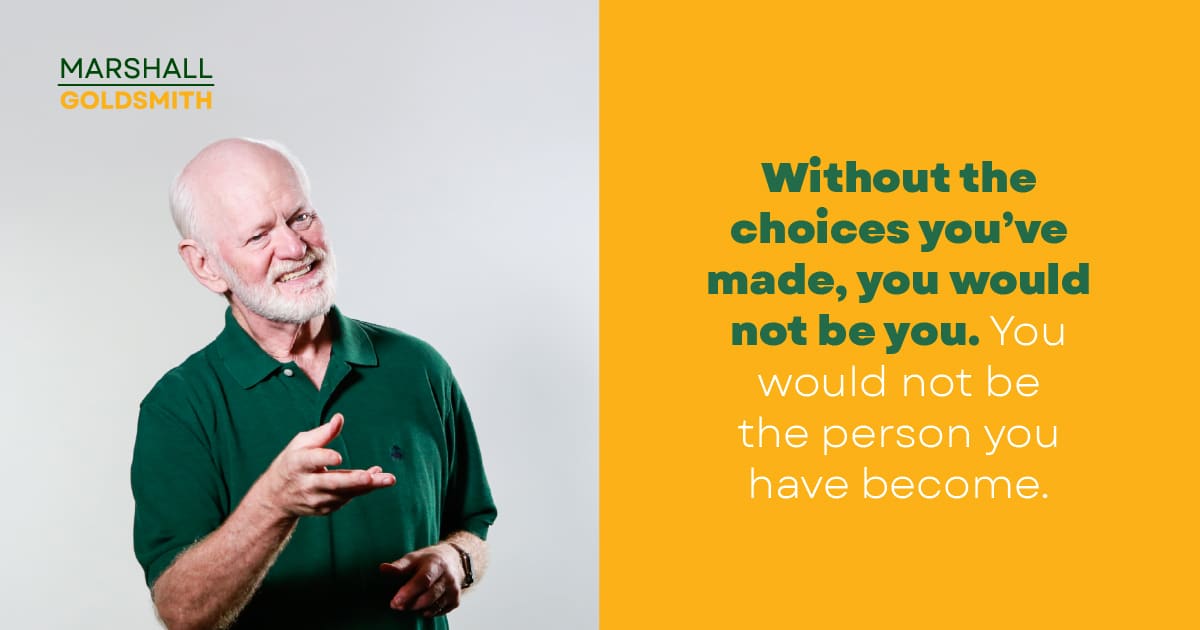 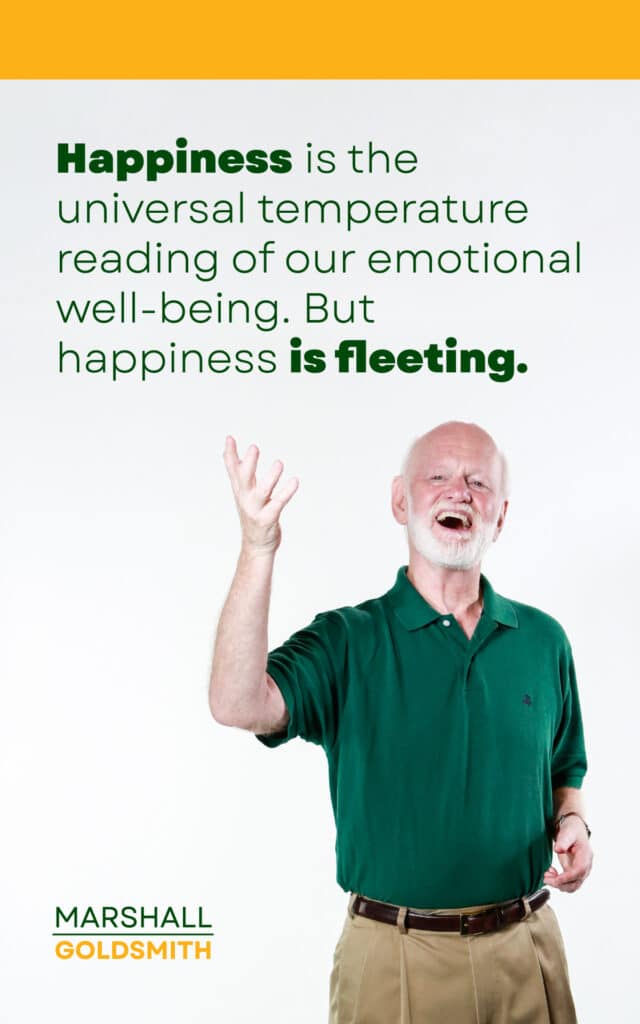