An Excessive Need To Be Me

Mark Reiter is a top literary agent and a master with words. Mark and I worked together on my book, What Got You Here Won’t Get You There. In the book, we discuss 20 annoying habits of successful people – and then talk about how to break these habits and achieve positive, lasting change in behavior.

Each of us has a pile of behaviors that we define as “me.” These are the behaviors, both positive and negative, that we think of as our unalterable essence.

If we buy into our behavior definition of “me,” which most humans do, we can learn to excuse almost any annoying action by saying, “That’s just the way I am!”

As you read this column, think about your own behavior. How many times does your own “need to be me” get in the way of building positive relationships with the important people in your life? How many times have you rationalized away inappropriate behavior by saying, “That’s just the way I am!”

Some years ago, I worked with a CEO who was generally regarded as a great leader of people but was seen as lacking in the ability to provide positive recognition. As we reviewed his 360-degree feedback report, he snorted, “What do you want me to do, go around praising people who don’t deserve it? I don’t want to look like a phony!”

“Is that your excuse for not giving recognition?” I asked. “You don’t want to look like a phony?”

We went back and forth as he desperately defended his miserable scores on giving recognition. He was very animated in articulating his defense. For example, he went into a tirade about when he shouldn’t give recognition that included the following comments:

– He had high standards – and people didn’t always meet them.

– He didn’t like to hand out praise indiscriminately – because this cheapened the value of praise when it was deserved.

– He believed that singling out individuals could weaken the team.

While pointing out when he shouldn’t give recognition, he completely failed to deal with the fact that there were lots of times when he should be giving positive recognition. After his dazzling display of rationalization, I finally stopped him and said, “No matter what you say, I am not impressed with your excuses, and I don’t think that handing out praise makes you a phony. Your real problem is your self-limiting definition of who you are. You are afraid that if you recognize others, it won’t really be ‘me’ who is doing the recognition. That’s what the definition of phony is – not ‘me.’”

I asked him, “Why can’t doing a great job of providing positive recognition be you? It’s not immoral, illegal, or unethical is it?”

“Will it make people feel better?”

“Will they perform better as a result of this well-deserved positive recognition?

“So please explain to me – why aren’t you doing it?”

He laughed and replied, “Because it wouldn’t be ME!” 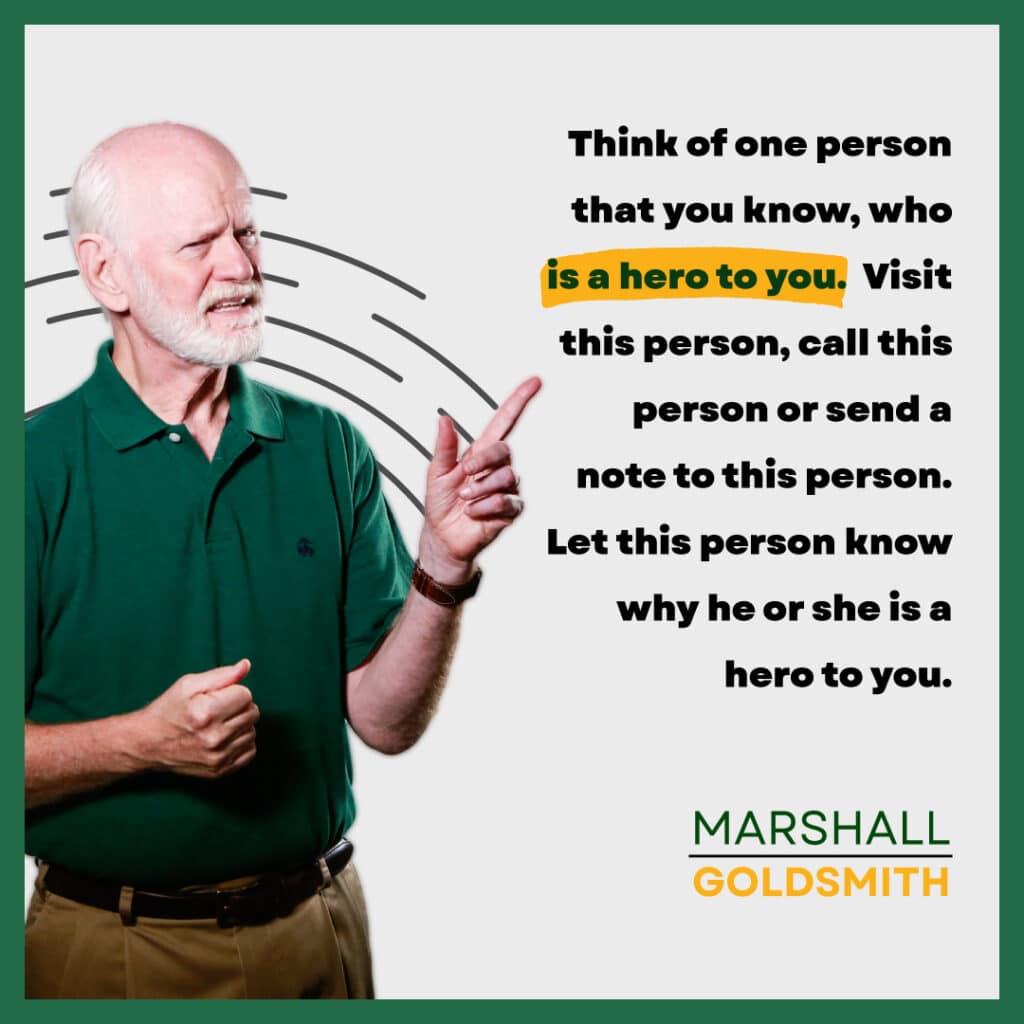 He realized that he could shed his “excessive need to be me” and not be a phony. He could stop thinking about himself and start behaving in a way that benefited others.

Sure enough, when he let go of his devotion to a pointless definition of “me,” all his other rationalizations fell by the wayside. He realized that his direct reports were talented, hard-working people who did indeed deserve his praise. He finally understood that giving recognition when deserved didn’t damage his reputation as a leader who had high expectations.

The payoff was enormous. Within a year his scores on giving recognition were in line with his other positive scores on leadership – all because he had lost his excessive “need to be me.”

The irony was not lost on him. He accepted the fact that the more he focused on his employees, the more they worked to benefit the company – and that benefited him.

It’s an interesting equation: less me + more them = more success as a leader.

Keep this in mind the next time you find yourself resisting change because you are clinging to a false – and/or probably pointless – notion of “me.” 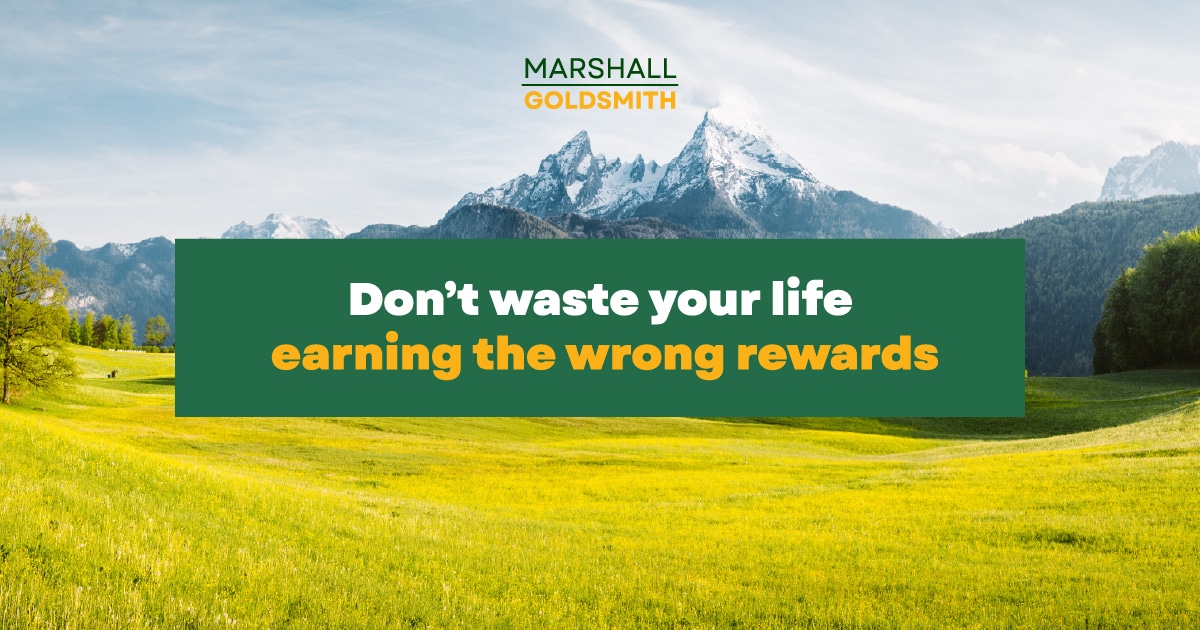 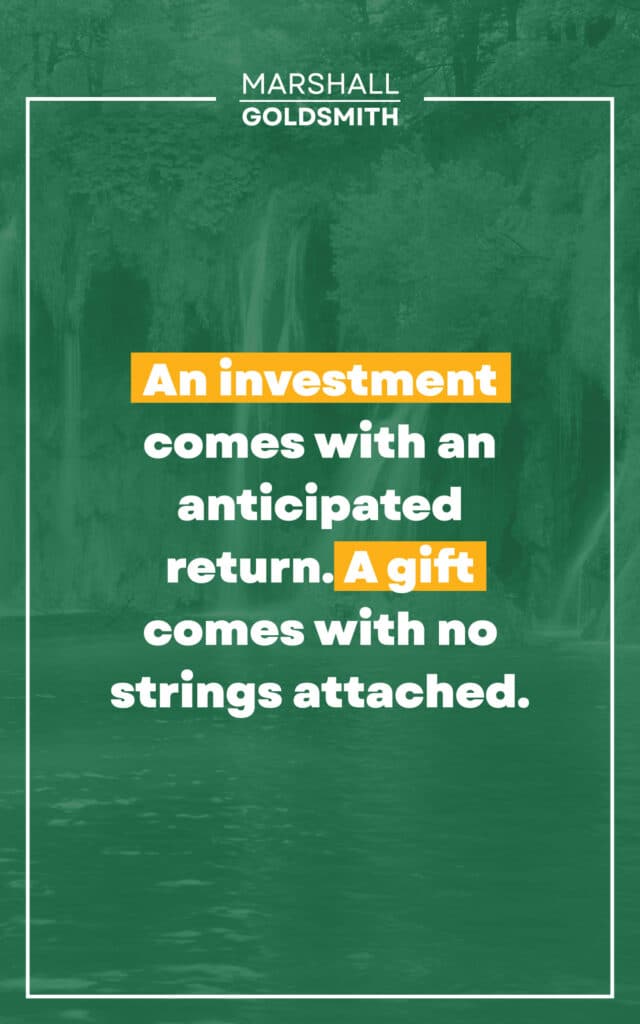