In my work with senior leaders, I have found that one of the most common complaints of direct reports is that their executives do a poor job of providing coaching. This perception has been validated in reviewing the 360-degree feedback scores for executives in 30 major corporations. The item “provides effective coaching when needed” consistently scores in the “bottom 10” of all items when direct reports evaluate their executives.

There are several reasons why executives tend to do a poor job of coaching. One reason is that executives manage knowledge workers. Peter Drucker’s definition of a knowledge worker is “someone who knows more about what they are doing than their boss does”. One CEO that I coached was surprised that his direct reports wanted any coaching from him. He asked, “How can I be expected to coach them, when they already know ten times more about what they are doing than I do?”

At the executive level, few direct reports want detailed instructions on how to do their work. What they do want is ongoing communication with their executives concerning the “big picture” — how their work is making a difference and suggestions on how they can improve.

A second reason that executives tend to avoid coaching is that they are busy. If executives view coaching as a complex and time-consuming process, they won’t do it! Their direct reports are usually as busy as they are. Executives are justifiably sensitive about how they spend their time and the time of their colleagues.

Fortunately direct reports (at the executive level) seldom want or need coaching to be a time-consuming process. They tend to prefer regular “reality checks” to make sure that they are heading in the right direction. Frequency of interaction is often more important than duration of interaction. They also want to have the freedom to ask for help or clarification when they need it.

A third reason that executives avoid coaching is that they are afraid of alienating their direct reports. In general, the higher people rank in the organizational hierarchy, the more expensive they are to replace. In many cases, executives manage people who are financially independent and can find another job if they are dissatisfied. The organization needs not only the knowledge of these people; it needs their commitment. Alienating people near “the top” can be a very expensive mistake. This fear of alienation is not totally unjustified. A review of research on successful people indicates that they tend to over-rate their own performance (relative to their peers) and that they tend to resist feedback that is inconsistent with their self-image.

The “good news” is that while successful people tend to resist negative feedback about the past, they almost always respond well to positive suggestions for the future. By focusing on the future, executives can help direct reports be “right” tomorrow, as opposed to proving they were “wrong” yesterday. Effective coaches can generally cover what they need to say by focusing on the future (as opposed to dwelling on the past). Executives who use the Six-Question process almost always get dramatically higher scores from direct reports (one year later) on the item, “Provides development feedback in a timely manner.” Interestingly enough, this approach does not focus on feedback; it concentrates on suggestions! 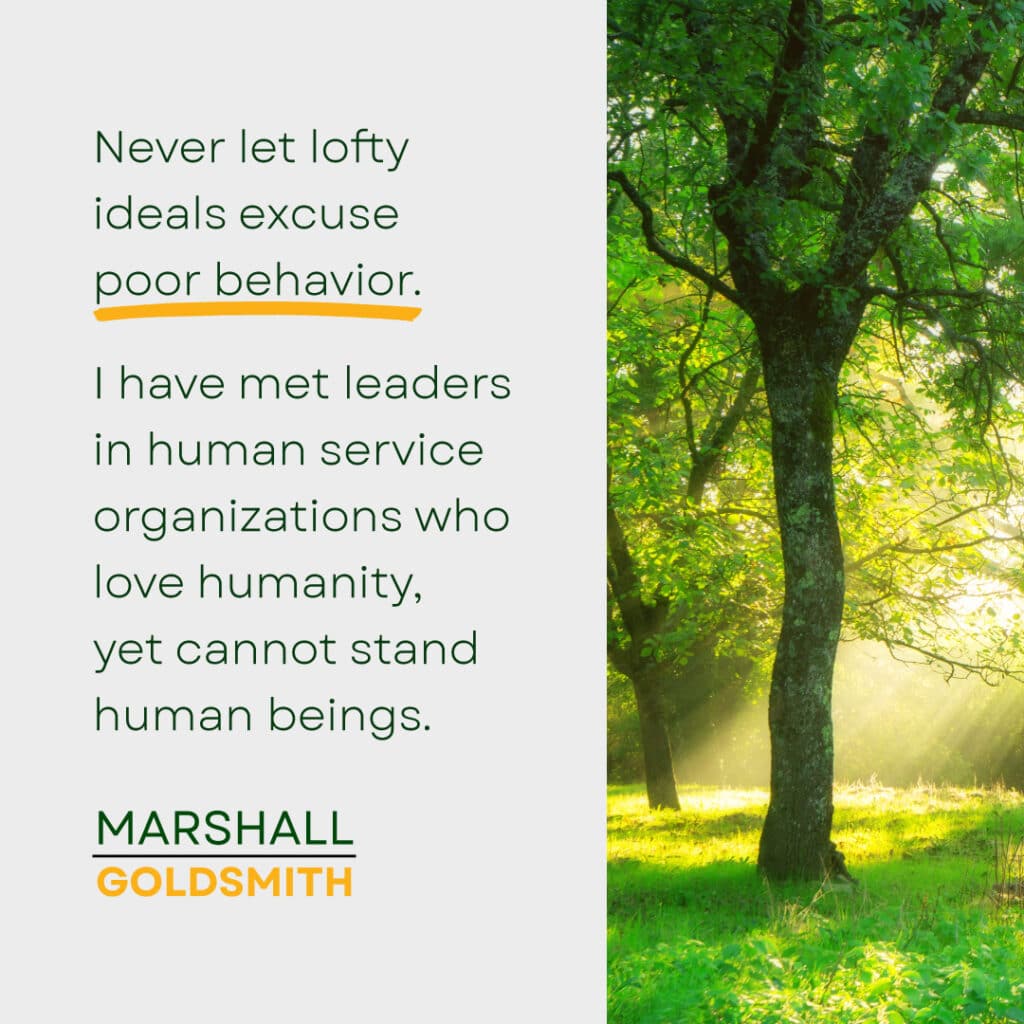 The Six-Question process for coaching is an approach that I have seen work consistently well with executives. This process has produced measurable change in effectiveness (as evaluated by direct reports) with four CEOs that I have personally coached. These CEOs were in totally different industries and worked with very different types of people. One CEO went from an 8 percentile to a 98 percentile score (in four years) doing nothing more than this process. Even better, he found that he actually spent less time with his direct reports the year he was rated a “98” than the year he was rated an “8”! This process has also been shown to produce positive results in the summary 360 degree feedback reports from executive teams.

In using the Six Question process, it is generally recommended that the executive have a one-on-one dialogue with each direct report approximately once each quarter. In most cases the initial dialogues may take more time, but the process generally lasts about 30 minutes after the first couple of sessions. The “rules” of the process are very simple. Both parties are asked to: 1) make each question a dialogue, not a dictate, 2) focus on the future, not the past and 3) listen to the other person’s ideas, try to implement what they can and not try to “prove” the other person is wrong.

It is important to note that the Six-Question approach does not assume that the executive will agree with every direct report on every issue. This will not (and should not) be the case. Leadership is not a “popularity contest”. Sometimes direct reports (like all humans) may have bad ideas. In some cases the executive may choose to say, “In this case, I disagree.” It is important that executives focus on understanding disagreements and respecting differences of opinion. It is also important that executives need to only “win the big ones” and that they can “let go” on minor issues that may be more important to their direct reports than to them.

One key element of effective coaching is providing positive recognition for achievement. Executives begin this part of the dialogue with an assessment of what the direct reports and their organizations are doing well. Then executives ask their direct reports a question that is seldom asked, “What do you think that you and your part of the organization are doing well?” By asking this question executives may learn about “good news” that may have otherwise been missed.

In the past five years, I have asked hundreds of executives the question, “Do you feel as busy or busier today than your have felt in your entire life?” About 80% of the executives that I have asked have said yes. A major reason that executives fail to give deserved recognition to direct reports is not maliciousness; it is ignorance. Many executives are so busy that they don’t know all the good things that the people who report to them are doing. Direct reports may feel under-appreciated because executives don’t recognize their achievements. In many cases, the executives would recognize these achievements if they only understood what they were! By asking, “What are you doing well?” executives have a great opportunity to understand positive aspects of performance that they could have otherwise missed. This process has been shown to consistently improve direct reports’ feedback on the item, “Provides positive recognition for achievement.”

4. What are key suggestions for improvement?

Executives begin this part of the dialogue by giving direct reports constructive suggestions for the future. These suggestions should be limited to key “opportunities for improvement”. The average human cannot remember eight unrelated words on a piece of paper! Giving too many suggestions is almost as bad as giving none. Direct reports should listen to the suggestions with a focus on understanding, not judging what is being said. Executives should come across as “trying to help” not “playing God”.

Next, executives should ask another (seldom-asked) great coaching question, “If you were your own coach, what suggestions would you have for yourself?” By listening to their direct reports, executives may learn that their original coaching suggestions need to be modified. Executives may end up saying, “Now that I have heard your ideas, let me change my suggestions. I think the areas that you are discussing are more important than the ones that I mentioned.”

As you have gathered from this article, a key to effective coaching is asking the right questions. One of the greatest coaching questions an executive can ask is, “How can I help?” Executives can begin by listening to their direct reports’ suggestions on how they can become more helpful. They can also participate in the dialogue by suggesting approaches and then asking, “Do you feel this approach will help you become more effective?”

In some cases executives who receive poor feedback as coaches attack the problem by simply spending more time coaching. This can do more harm than good. The key to improvement is not to do more coaching. The key is to provide coaching to the right people on the right topics. In some cases less coaching in some areas may be what is needed! By asking executives can make the most effective use of their limited time.

6. What suggestions do you have for me?

Extensive research on the impact of direct report feedback and follow-up on leadership effectiveness has shown a clear, undeniable pattern. Leaders that ask for suggestions from their direct reports – focus on improving 1-2 key behaviors – and follow-up on a quarterly basis – are almost always seen as dramatically increasing in leadership effectiveness . By asking, “What suggestions do you have for me?” executives change the dynamics of the coaching process. Traditional coaching is sometimes thought of as a one-way monologue that focuses on, “Let me tell you what you can do to improve.” The Six-Question approach creates a two-way dialogue that focuses on, “Let’s try to help each other.” Direct reports are much more willing to be coached by executives, if the executives are willing to be coached by them!

In summary, the Six-Question Process for feedback and coaching is a practical tool that executives can use to become more effective coaches. The six questions are merely meant as broad guidelines. In some cases a Five-Question or Seven-Question approach may be better suited to a particular situation. Executives should be flexible in tailoring this process to fit their unique situations. The key to success is for both executives and direct report to cover the most important topics on a regular basis and to be available to each other for special situations. From my experience few direct reports need or want more coaching than this.

The CEO mentioned earlier (who went from “worst to first” as a coach) made an interesting observation. He said, “Before this process, I thought that I was giving my direct reports what they needed. Unfortunately, my direct reports could not tell the difference between coaching and a social conversation. They were not differentiating between important feedback and ‘chit-chat’. If I said, ‘You are doing a great job’ they didn’t know if I was serious or just ‘being nice’. This process has given me a simple discipline to give them what they need (and give me what I need) in a way that respects my time and theirs.” This is the end result of effective coaching! 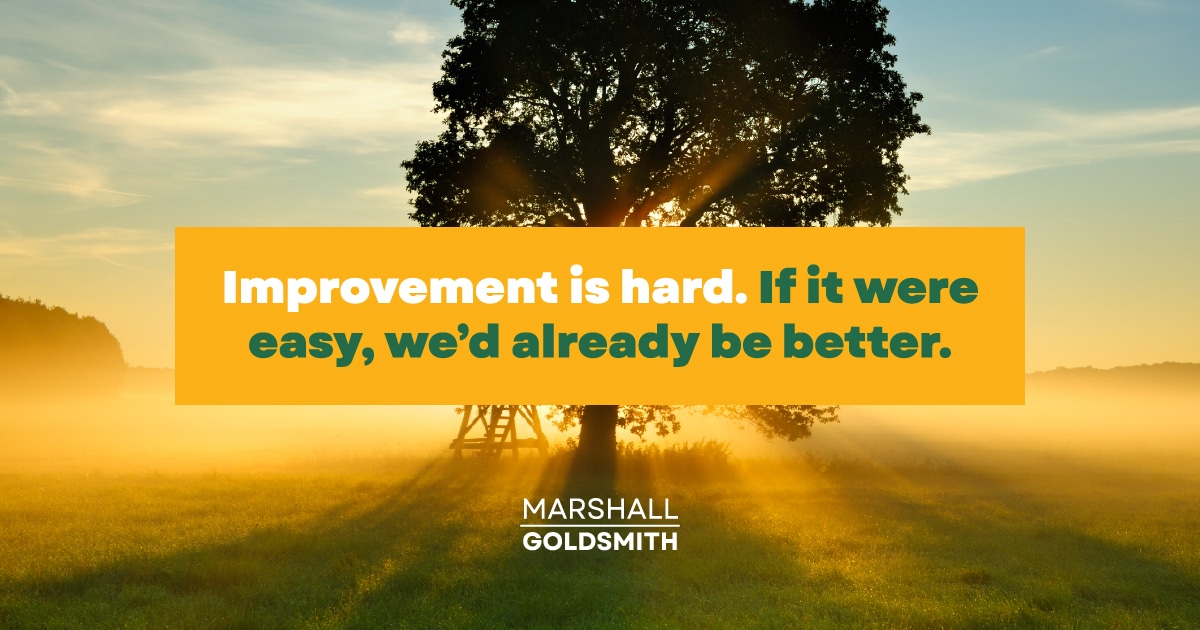 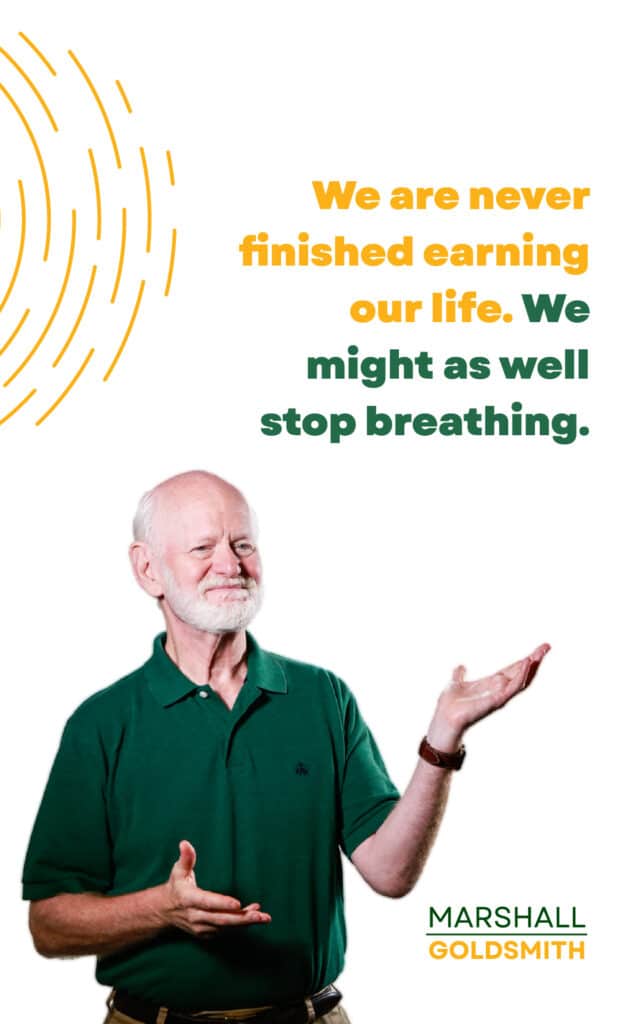