Paying the Price for an Earned Life

Earning your life is not free. You pay in terms of time, commitment, focus, and more. But when you are fulfilled, will you be looking at the price of your efforts?

Some years ago, I was one of the speakers at a Women in Business conference hosted by the private wealth group at UBS, the Swiss bank. The speaker preceding me was a pioneering female in the tech industry, the founder and CEO of her own company and something of a celebrity. Twenty years later I still remember the wisdom and refreshing candor of what she said. She was a hard act to follow.

She said she didn’t conduct mentoring sessions too often, because running a company was a demanding job and she’d be spending all her time mentoring women if she accepted every invitation that came her way. She said she stuck to the three things in life that mattered to her. She spent time with her family. She took care of her health and fitness. And she tried to be great at her job. Those three roles ate up all her bandwidth. She didn’t cook, do housework, or run errands. Having grabbed the full attention of every woman in the room, she doubled down on her blunt message: “If you don’t like cooking, don’t cook. If you don’t like gardening, don’t garden. If you don’t like cleaning up, hire someone to clean up. Only do what is core to you. Everything else, get rid of it.”

A woman in the audience raised her hand, declaring, “That’s easy for you to say. You’re rich.”

The CEO wasn’t buying that excuse. “I happen to know that the lowest salary in this room is a quarter of a million dollars,” she said. “None of you would be invited here if you weren’t doing well. Are you telling me that you can’t afford to hire someone to do the stuff you don’t want to do? You wouldn’t accept minimum wage as a professional. Why is it okay anywhere else? You are totally devaluing your time.”

She was delivering a hard truth that’s tough for many people to accept: To pursue any kind of fulfilling life, especially an earned life, you have to pay a price. She wasn’t talking about money. She was talking about making the maximum effort on the important things, accepting the necessary sacrifices, being aware of the risks and the specter of failure, but being able to block them out.

Some of us are willing to pay that price. Others are not, for reasons that are compelling, but also, when all is said and done, regrettable.

One of the more common excuses is a variation on the well-known concept of loss aversion — our impulse to avoid a loss is greater than our desire to acquire an equivalent gain.

We are willing to pay the price when there’s a high probability that our efforts will achieve success, far less eager when the probability is low. We want certainty that our effort and sacrifice will not be in vain. We are terrorized by the prospect of putting everything we have into achieving a goal and ending up with nothing to show for it.

Total commitment shouldn’t be a futile gesture, we think. It’s not fair. So we avoid paying that price. No commitment, no futility. 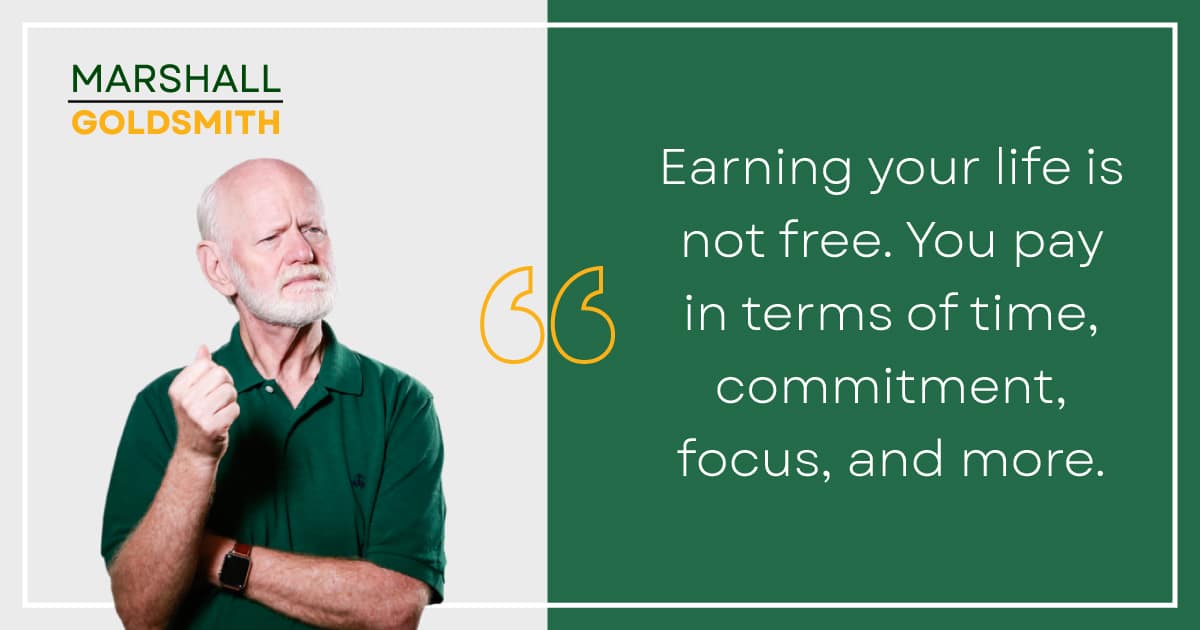 This is such a powerful belief that I’ve come to accommodate it in my one-on-one coaching, even though my successful clients are demonstrably comfortable with paying the price. It’s what’s got them where they are. Yet I still feel the need to assure them that their commitment to the coaching process will not be futile.

“This is hard,” I say. “One slipup can undo your progress and send you back to square one. But if you follow up and stick with it for the next year or two, you will get better.” It’s as close as I’m willing to go to offering a guarantee, but imparting my certainty is part of the coaching. In reducing my clients’ resistance to paying the price, I’m giving them a head start on success.

Another reason is a failure of vision. Our sacrifice today does not yield a reward we can enjoy today. The benefit from our self-control is far down the road, given to a future version of us whom we do not know. It’s why we’d rather spend our spare cash on ourselves now than save it and let the wonders of compound interest turn it into a useful sum 30 years later.

Some people can pay that price, foreseeing the future gratitude they’ll feel toward their former self who sacrificed in their interest. Some people can’t see that far ahead.

A third reason is our zero-sum view of the world, in which winning something here means losing something there.

Paying the price is an opportunity cost, calculated in what we must sacrifice: “If I do this, I can’t do that.” This view isn’t entirely wrong. It’s merely pointless as a consideration about paying the price. When we choose to pay the price — that is, do something challenging and risky rather than an easy sure thing — it doesn’t follow that we have sacrificed the sure thing.

Most times, when you choose the difficult path, you’ve automatically eliminated all other options, including the sure thing. After all, you can’t be in two places at the same time; something’s got to give. The sooner you accept that, the more comfortable you’ll be about paying the price.

The great French skier Jean-Claude Killy said, “I train wherever it’s winter. Half the year in the Northern Hemisphere, half in the Southern Hemisphere. I haven’t experienced summer in years.” Killy, a French national hero and the dominant athlete at the 1968 Winter Olympics, where he swept all the gold medals in alpine skiing, wasn’t describing the absence of summers as a hardship he suffered. He was stating that he was comfortable with the price he paid to be world champion. He could experience summer as much as he wanted after he put his gold medals away.

In recent years I’ve noticed a fourth reason people hesitate to pay the price for earning anything: It forces them out of their comfort zone.

For example, I don’t like confrontation and avoid it nine out of 10 times. It just isn’t worth it to me. But that tenth time, when something I value greatly is in jeopardy (a project, my family, a friend in need), I’m willing to confront anyone to do what I think is necessary.

I don’t enjoy doing it, but I don’t regret having done it. 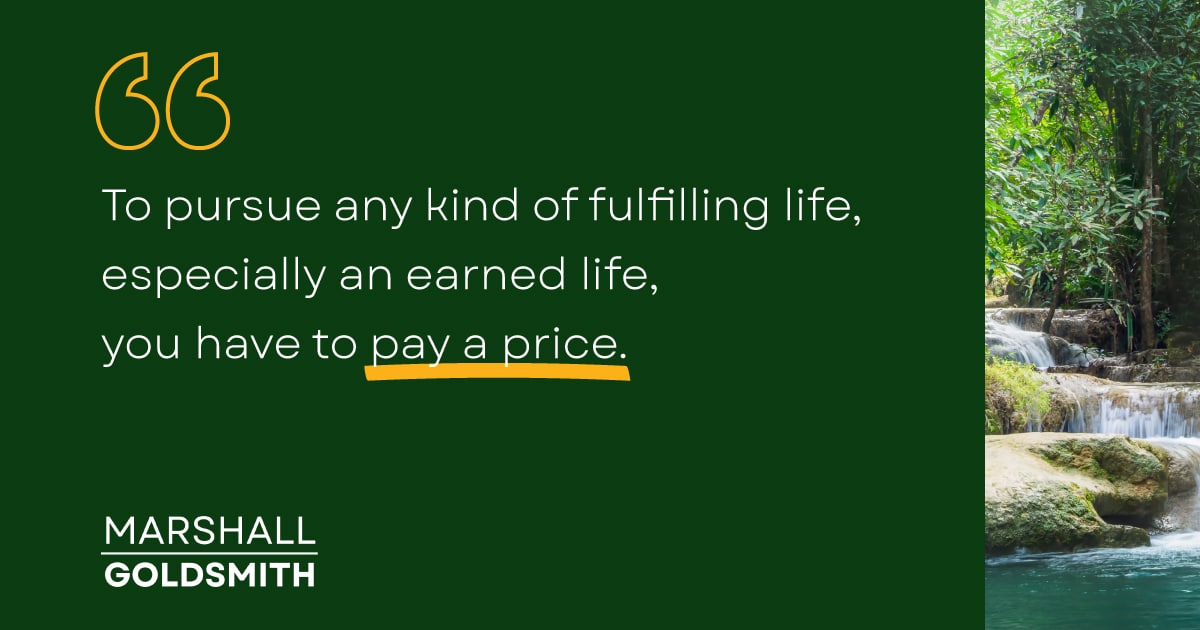