Empathy shapes our ability to make a positive impact. It can include a cognitive empathy — getting into someone’s mind — or an empathy of understanding, feeling someone’s pain, the empathy of caring.

Empathy is a requirement for achieving an earned life. It is not because it makes us more compassionate, moral, or kind, although those are laudable impulses. Empathy is essential because it reminds us to be present.

For my purposes, empathy allows us to constantly renew ourselves. We are an endless series of old and new versions of ourselves. Empathy effectively reminds us of this.

I met a speechwriter for a well-known political figure some years ago. He also published fiction and nonfiction under his own name, but when he was wordsmithing for the politician, he said he assumed the role of “professional empathist.”

I was impressed by his “professional” characterization. He regarded the empathy that he brought to speechwriting as a discrete skill that would occupy his thoughts and emotions while he was executing the task and then easily be dropped when the job was done. He was being a total pro, doing whatever it took to do the job and then moving on. He admired the politician and agreed with him on policy and history. Those were givens.

He described writing in another person’s voice as an “act of maximum generosity.” He subsumed his personality and wrote with the client’s voice and speech patterns in his ears. He said, “When I’m on the clock, every idea and every good line I have goes to the client. I don’t keep a nice turn of phrase for myself to use in my own writing. It has to go into the speech.” After he hands in a draft and the politician makes changes and delivers the speech, he said, “I totally forget what I wrote, as if I had been typing in a trance and then snapped out of it so I can move on to my own stuff.”

The writer was describing a form of empathy most useful for achieving an earned life.

While he was locked in to the client’s brain and staying on task, the writer was exhibiting the empathy of understanding and feeling. Afterward, he could let go of any empathic feelings. He didn’t permit them to spill over into the next episode of his ongoing life. Those feelings belonged to the old him. The new him had something new to earn. In a word, he was achieving a rare state that all of us wish we could reach more often. He was being present. 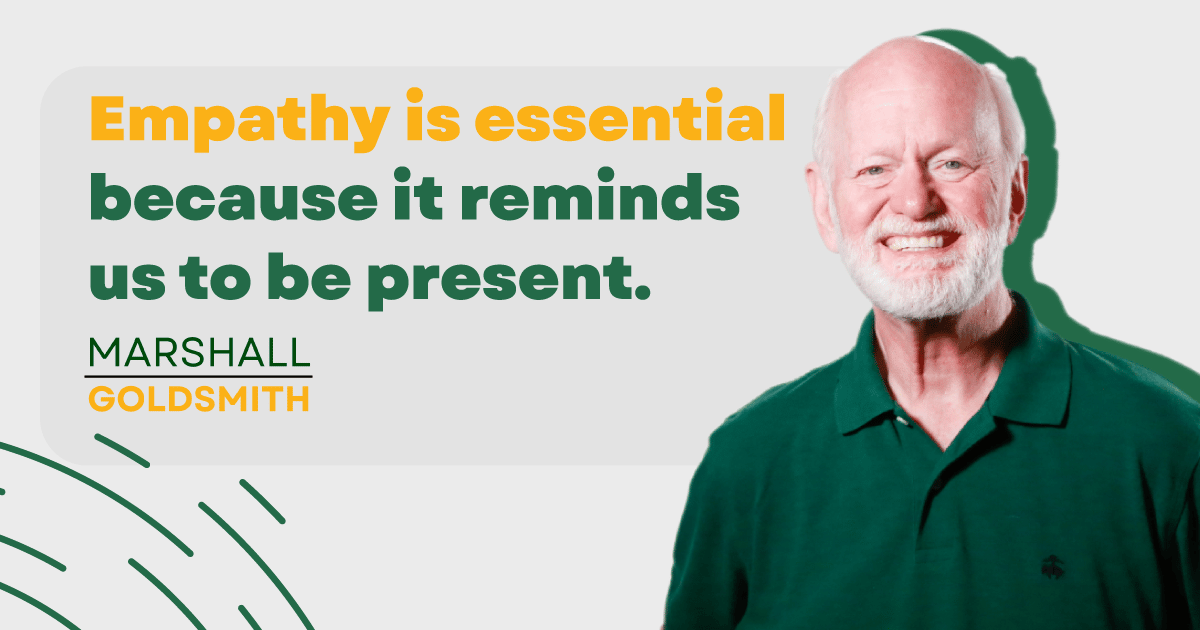 The actor and singer Telly Leung perfectly describes the mental process of compartmentalizing our empathy and being present. Telly was the star of the long-running Broadway hit Aladdin for two years straight. Talking about how he maintained his motivation and energy eight times a week for two years as the title character in a physically demanding production, he broke down his empathy into two parts:

First, there was his emotional empathy with the audience watching him perform. “I was a little eight-year-old boy the first time I saw a play,” Telly said. “I was mesmerized by the music, the singing, the dancing, and the joy. I carry the memory of that experience with me to every performance. When I go out on that Broadway stage, I think of ‘little Telly’ and imagine the emotions of some eight-year-old boy or girl sitting in the audience that night. I want that young person to feel what I felt. Every night, I tell myself, ‘This show is for you!’ ”

Second is what Telly calls “authentic empathy,” which is a respect for his colleagues when they’re performing together. It’s a display of professionalism that keeps him focused and “in character” for every moment of each performance. An actor trying to do his best onstage cannot afford to check out mentally or emotionally for a single second.

“In the two hours I was onstage in the role of Aladdin,” Telly told me, “I had to demonstrate many extremely different emotional reactions. I had to be happy, sad, in love, rejected, serious, lighthearted, angry, and funny. I had to connect emotionally with the other actors. I had to demonstrate empathy for them every second I was onstage. Every night I had to fall in love with Princess Jasmine—and I did! When the curtain fell, I immediately shut that feeling down until the next show. Then I went home where I could resume being in love with my husband.”

I cannot improve on Telly’s definition. “Authentic empathy,” he says, “is doing your best to be the person you need to be for the people who are with you now.”

Whatever the terminology — whether the empathy is “professional” or “authentic” — the speechwriter and actor are asking the same thing of us: Are we displaying and experiencing empathy the only time it can create a positive impact, namely, when it matters in the moment?

I prefer the term “singular empathy,” not only because it focuses our concern on a single person or situation, but also because it reminds us that each discrete opportunity to display our empathic powers is a unique and exceptional event.

Singular empathy is unique to the moment. It changes with each situation. Sometimes it resembles the empathy of understanding, other times the empathy of feeling, caring, or doing. The only constant with singular empathy is how it concentrates our attention on a single moment and therefore makes it singular for all involved. When you demonstrate singular empathy, you cannot be inauthentic. You are not disrespecting other people from other previous moments in your life, immediate or long ago. You are demonstrating empathy to the only people who can appreciate it: the people who are with you now.

My friend and 100 Coaches member Carol Kauffman gave me a great idea — If I could have only one index card to carry with me for the rest of my life, so I could look at it any time of day as a reminder of how I should behave to achieve an earned life, this would be the message I would write on it:

Am I being the person I want to be right now?

Do this once with an affirmative answer, and you’ll discover that you have earned the moment.

Do this habitually and continually, and you will create a string of many earned moments, stretching from days into months into years — all of which add up to an earned life. 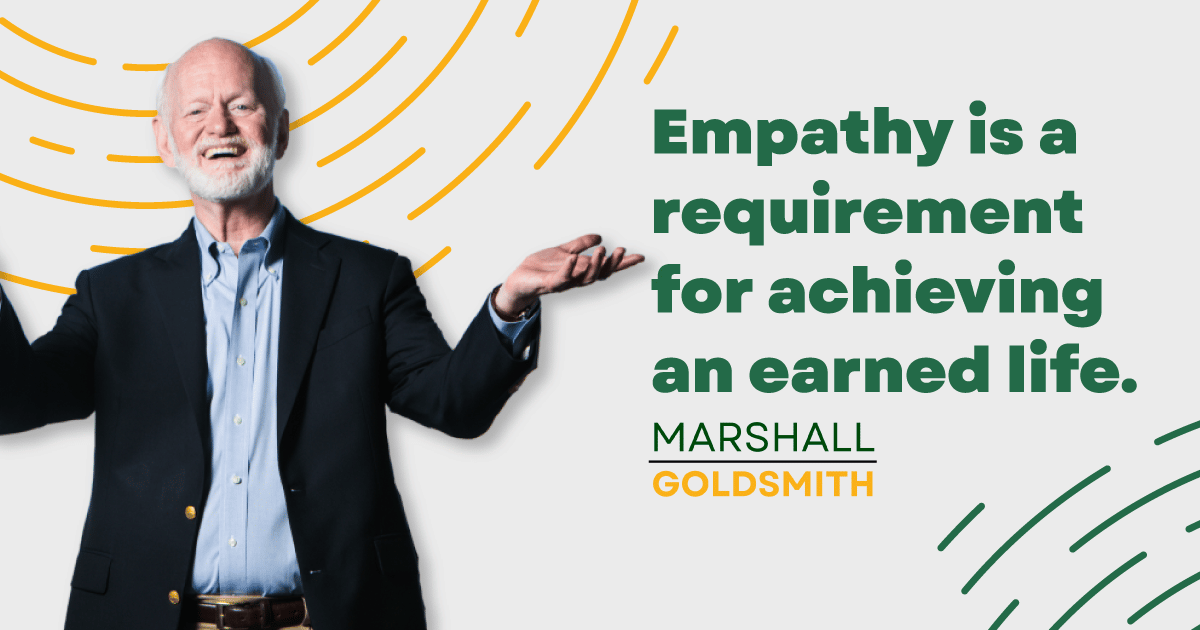